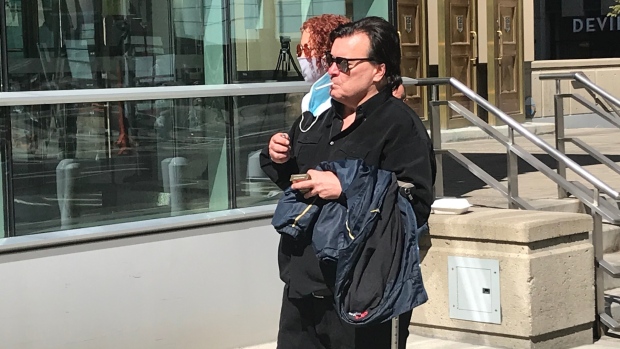 CALGARY — A man sentenced to 5.5 years in jail for a 2016 drunk driving crash that killed his 17-year-old daughter and left her best friend with a serious brain injury is appealing his conviction and sentence.

Michael Shaun Bomford filed the appeal Wednesday. He was sentenced to jail in September 2020, along with an eight-year driving prohibition.

Bomford’s appeal claims the sentence was “excessive and unreasonable in the circumstances,” and the trial judge “erred by ruling the hearsay text messages admissible at trial.”

He was also found guilty of causing a crash while having an illegal amount of alcohol in his system.

Court heard Bomford was three times over the legal alcohol limit when he lost control of his Jeep on McKnight Boulevard N.E. between 52nd and 68th Streets on Oct. 18, 2016. The vehicle was travelling at a speed of around 112 km/hr in an 80 km/hr zone just before it rolled. All three occupants were thrown from the vehicle.

Bomford’s 17-year-old daughter, Meghan Bomford, did not survive. Her best friend Kelsey Nelson, who was 16-years-old at the time of the crash, suffered a severe brain injury and has no recollection of the incident.

Bomford was driving the teens to get police background checks so they could apply to become junior ringette coaches.