The University of Calgary is inviting scholars and health care professionals from around the world to a conference discussing the issue of (and possible solutions to) doctors over-prescribing and over-diagnosing their patients.

The conference, held at the Health Science Centre on the Foothills campus until June 12, has sessions on a range of topics from providing equity in health care to examining the field of medicine in a post-pandemic era.

“Overdiagnosis” may not be a familiar term but it has become a field of research looking into the overuse of medical screening that can lead to harmful treatment, for things that are often better off left alone.

Lang also says that over-prescribing medication can also be a concern, when doctors could instead pursue other effective non-medicinal treatments

“In a hurried clinical environment the quick action might be to provide a prescription,” he said.

Throughout the four day event, which began on Thursday, attendees will hear from guest speakers, be able to join panel discussions and attend a screening of a documentary called Medicating Normal.

The film explores the complications that can arise when patients are prescribed psychiatric drugs without being informed of potential long-term side effects. 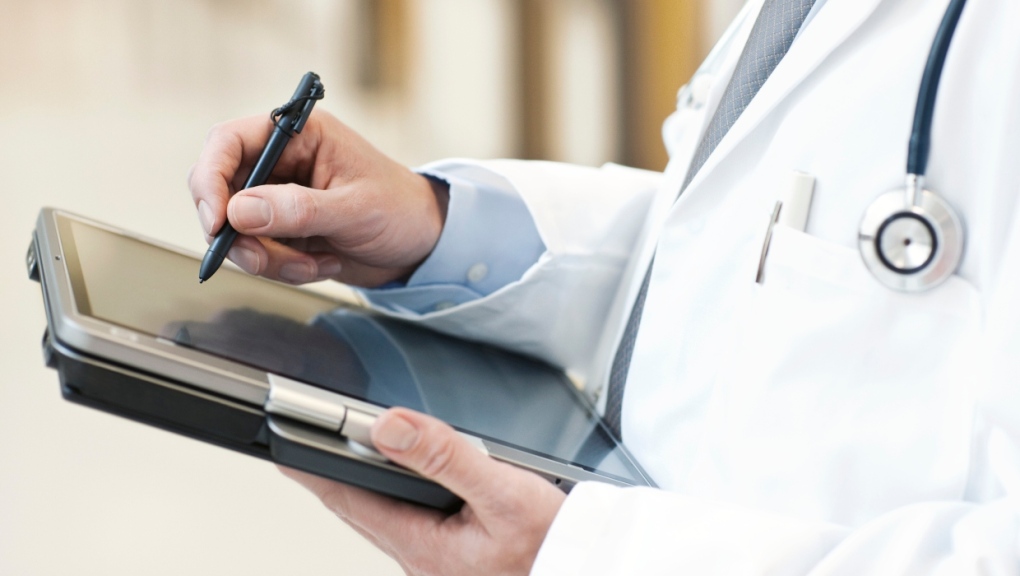 A doctor uses a tablet in a stock photo. (Getty Images)

One the panelists and proponents of the film has written a book about her own experience of being prescribed medication as a teen and the struggle to get off them in her early 30s.

“I’m still an emotional, intense person but I’ve been like that my entire life and the difference now is that I know that is not something to be numbed away. Its part of the experience,” said Brooke Siem, author of May Cause Side Effects: A Memoir.

She said side effects of medications had been downplayed by some of her health care providers, and she encourages others to trust their intuition regarding a doctor’s course of treatment, and to find a second opinion if need be.

This is the eighth conference of its kind, founded in 2013 by doctors at Dartmouth College in New Hampshire.

Organizers say advances in technology has made it easier for doctors to run tests, diagnose patients and hand out pills, but a finding a beneficial treatment plan hasn’t been as easy.

“Sometimes something as innocent as a simple blood test or an x-ray can uncover problems that you don’t know what to do and can cause harm,” said Dr. Steven Woloshin, a professor, Dartmouth College

Another organizer said the premise of the conference isn’t to rail against early detection but say patients are better served if there is more informed consent before tests and d scans are ordered and prescriptions are filled.

“There is a tension in medicine and in public health between trying to find diseases as early as possible, and making sure you don’t find them so early they represent overdiagnosis,” said Dr. Barry Kramer, former director of cancer prevention at the U.S-based National Institute of Health

Lang said “preventing overdiagnosis” could also alleviate an overloaded medical system if resources were freed up from redundant investigations.