Thursday marks a national day of observance in Canada for thousands of people who lost their lives due to the COVID-19 virus and on this day he reflects on the one thing he’ll miss most.

“Always his smile,” Chaudry said. “Whenever I remember him, his smiling face comes back in my mind, that’s all I’ll remember all my life.”

Asghar, who was just 62-years-old, passed away unexpectedly on Feb. 7 after complications brought on by COVID-19.  He was a bus operator for Calgary Transit and had recently travelled to Pakistan to visit his ill mother.

It was on that visit, there Asghar was hospitalized and succumbed to the disease.

“It was heartbreaking – we became good friends for over 25 years and we would go camping together,” Chaudry said. “He was a very funny guy, all the time making jokes, a kind of artistic guy who taught me how to use a computer.”

“The only thing I can say to anyone else out there is to stay home and stay safe as much as possible as we try to understand this current situation.”

Asghar is survived by his wife and four children, two girls aged 13 and 11 and two boys aged nine and six. A Go Fund Me account has been set up to support the family.

Meanwhile, others like Richard Underwood are also in mourning.

The Calgary man lost his 95-year-old mother, Rosemary Underwood to COVID-19 after she passed away at the AgeCare Skypoint location in December.

He said seniors need to be given better care. 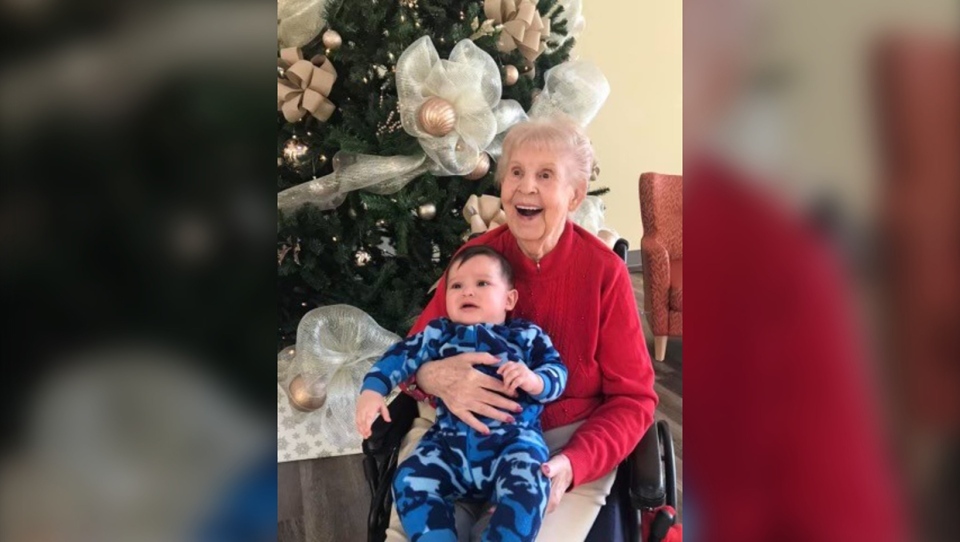 “Make it happen because eventually all of us are going to be there one day,” Underwood said.

“The government has to spend a little more thought into how they treat senior citizens in the country and throughout the world and we’re all going to require that kind of care.”

COVID-19 BY THE NUMBERS

As of Thursday morning, there have been 896,739 total cases of coronavirus in Canada and 22,335 deaths since the start of the pandemic. That includes, 136,773 cases in Alberta and 1,928 total deaths in the province.

Variant cases in the province continue to be a concern however as 47 new cases were reported on Wednesday, bringing the total to 734.

At this time, public health officials say variant case growth has been slow and they currently only make up about nine per cent of all infections in the province.

Vaccination rollout is however improving as more than 308,000 doses have been administered between the Moderna, Pfizer, and AstraZeneca vaccines.

Premier Jason Kenney says however that even if the immunization program stays on pace, it may still be too early for the return of summer events.

“I’m optimistic that we’re going to have summer events, however, I would not be surprised if there are some limitations on crowd sizes and on proximity,” Kenney said. 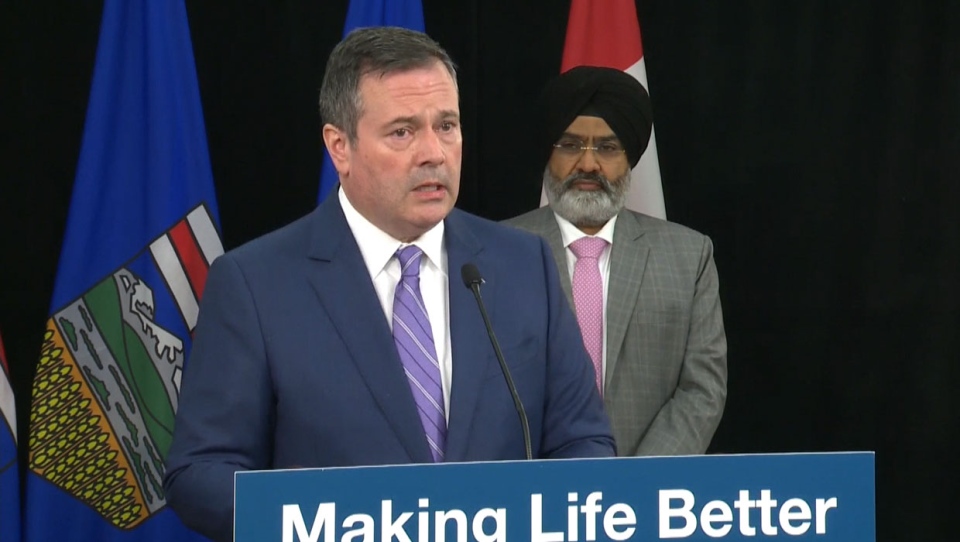 “I still have a hard time getting around in my mind how we could have 25 to 30,000 people sitting check-to-jowl next to each other in the stands at the Stampede.

Medical experts admit there is still a long way to go, but many are remaining optimistic that there is a light at the end of the tunnel when it comes to eradicating the COVID-19 virus.

University of Calgary infectious disease expert, Dr. Craig Jenne is encouraged by Alberta’s healthcare system as it works to prioritize vaccines for those most at risk of serious illness, hospitalization or death.

He says Canada’s four approved vaccines, along with additional vaccine formulations and suppliers will continue to be beneficial as the province seeks to offer all Albertans their first dose by June 30.

“If we can do that, we’re going to have a serious impact on that disease and be able to move to some semblance of normalcy this summer,” Jenne said. 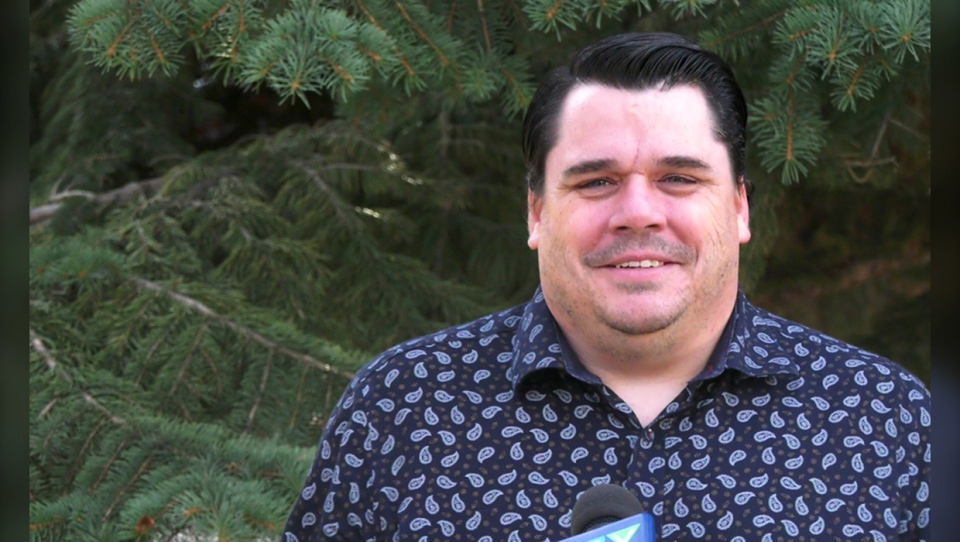 “The when is the big question and that’s going to be tied directly to how well Albertans uptake the vaccine, so it looks like it will be available and once we get the majority of people protected we will really have a dramatic impact of viral spread.”

Jenne added that variant cases of the virus however still remain a concern and although Alberta is doing better than some other provinces as far as the percentages of cases, he warns about their spread.

“They are growing every day and they are growing while we’re under restrictions and we’ve announced that we’re moving to a full phase two as of Monday and that’s going to support further viral spread.”

That being said, medical experts and research from both Pfizer and Moderna has proven that their COVID-19 vaccines are effective against variants, which may help in slowing down the efficacy of such cases within communities.

Speaking in the House of Commons, Prime Minister Trudeau described the day as one of both sacrifice and solidarity, adding that those words took on a new meaning as Canadians battled this pandemic.

“This is where we find meaning the depth of grief. This is our light through a dark time,” Trudeau said.

“Every Canadian lost to this virus will be remembered. Every shift by a frontline nurse, every mask made by a Canadian worker, will not be forgotten. We are stronger together. Today, tomorrow and always.” 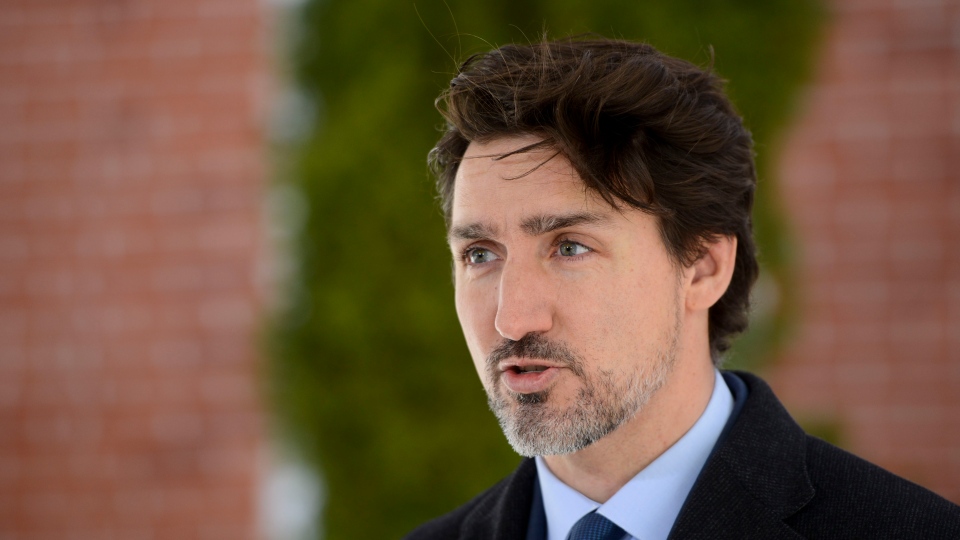 Trudeau added that brave women and men in the armed forces also answered the call of duty for Indigenous communities and helped in long-term care homes, but he admits more work needs to be done.

“Through that service, we saw clearly that for every senior in Canada, we must do better. And I know that we will.”