CALGARY — At least a dozen businesses in Calgary’s Bridgeland community were targeted by vandals over the weekend.

The Golden Bell restaurant was one of them, and the restaurant’s manager says she isn’t surprised.

“It’s been going on for so long and we’ve been [tagged] multiple times before,” says Cham Kounthavong, manager of Golden Bell. “Now, it’s just getting worse.”

Some owners say it’s another blow to what has already been a difficult year for their businesses as they navigate through the pandemic.

“It’s just very, very sad that people are doing that at this time,” says Kounthavong.

In a show of support, residents taped paper hearts to the tagged buildings. 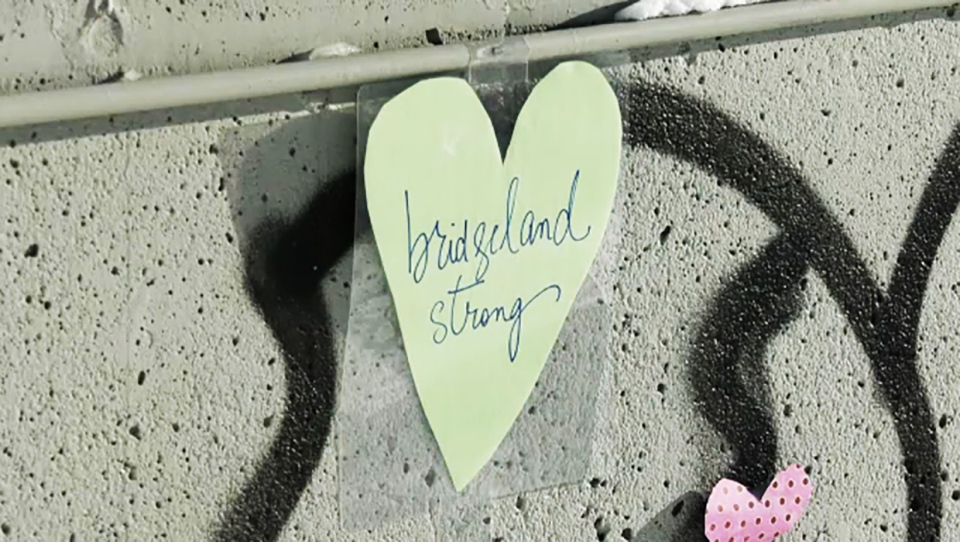 “When things are broken what can you do but respond positively, with good energy, and good neighbours?” says Brian Beck, President, Bridgeland-Riverside Community Association.

“Try to be there for one another.”

Beck says he’s happy to see people coming together to support those affected, especially now that the business have to foot the bill for the cleanup.

Calgary police say they are aware of the incidents and are looking into it.

In the meantime, they are asking anyone with information to contact them on their non-emergency line at 403-266-1234.