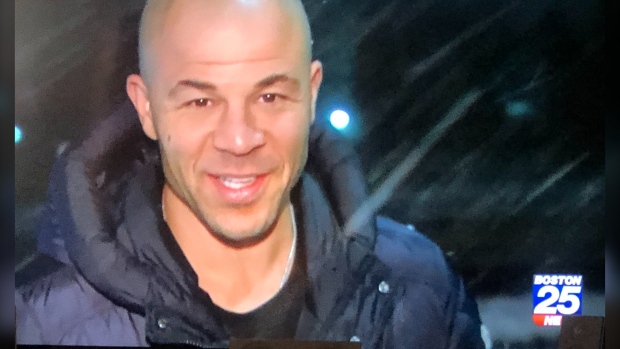 CALGARY — He may have more than 650 goals, 700 assists and 1,600 games played over his long NHL career, but last night, Jarome Iginla was just “an area man from Canada.”

The Hall of Famer appeared as part of a broadcast for Boston 25 News which was reporting on the snowstorm that struck the area Saturday.

The reporter had stopped to speak with Iginla and apparently had no idea about his background in professional hockey.

“I like the snow, I like the winter, but not necessarily this,” he told Boston reporter Nicole Oliverio. “May be a little too much.”

Iginla admitted he was from north of the border and added he was “used to this growing up.”

“It’s not great, I’ll tell you, you get some tough stretches, but if you don’t go too fast it’s doable.”

When Iginla’s image was spotted by some eagle-eyed viewers, Oliverio took the situation in stride.

Iginla, who played most of his NHL career for the Calgary Flames, retired in 2018 and settled in Boston with his family.