LETHBRIDGE — The Blood Tribe, also known as the Kainai Nation, has seen the number of cases climb from just three cases on January 4th, to 65 as of Monday.

The rise in cases is a major concern for Chief Roy Fox who urged the nation’s membership to take the influx of cases seriously.

“It is with all sincerity and empathy that we are informing you, our membership, about the importance of following the safety precautions that we have established and the necessity of enacting additional rules towards everyone’s safety. We require everyone’s co-operation and help in combating this dangerous virus, and we need to look after the total safety of Kainai/Blood Tribe,” said Chief Fox.

New measures announced Friday evening include a curfew from 8 p.m. to 6 a.m., which chief and council say will be strictly enforced as well as a ban on wakes at private residences.

Travel on the Blood Reserve is also restricted to essential travel only and leadership says social gatherings of any kind are no longer permitted.

These measures will stay in place for at least the next 30 days.

The Kainai Board of Education (KBE) has also announced that all schools in the Blood Reserve will continue with online, at-home learning “until further notice.”

“Kainai Board of Education was notified by Blood Tribe Department of Health and Alberta Health Services that employees who work at the central office have tested positive for COVID-19. Close contacts have been notified. Those individuals will be asked to quarantine. KBE central office will be closed until January 25, 2021,” said Cam Shade, superintendent of schools.

Chief Fox said in Friday’s update that for the most part, members have been diligent in their efforts to curb the spread of the virus, but he stressed the important role that everyone plays during the pandemic.

“We appreciate the fact that most of you have followed the necessary precautions. However, there are still some of us that have failed to follow those important rules and it has caused a sudden increase in the infections amongst our membership.”

According to the Blood Tribe’s Department of Health, there have been 214 total cases from roughly 10,500 tests.

137 members have recovered, two have died and 65 cases are currently active.

There are currently 400 active cases in Alberta’s South zone, 147 of which are in Lethbridge. 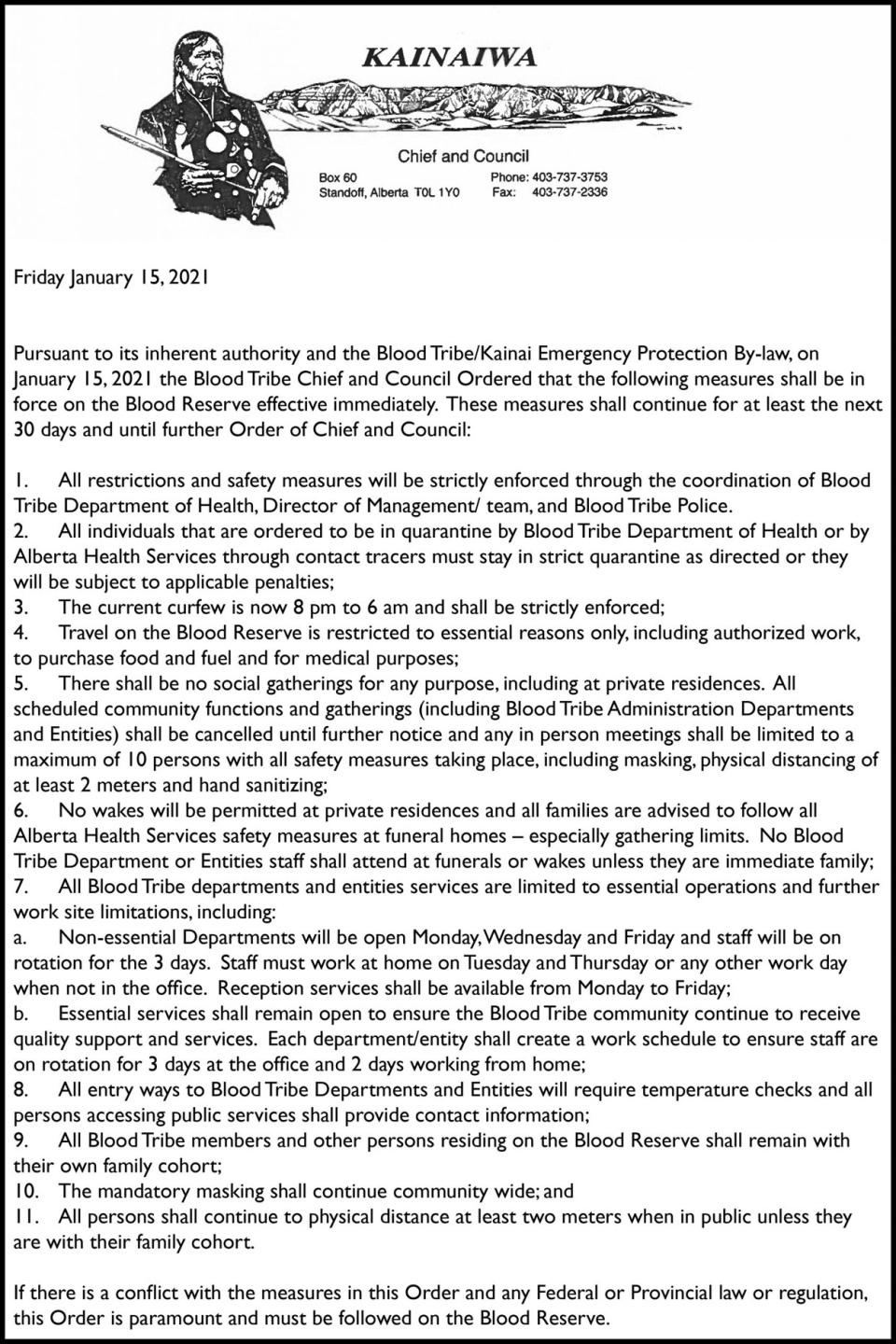