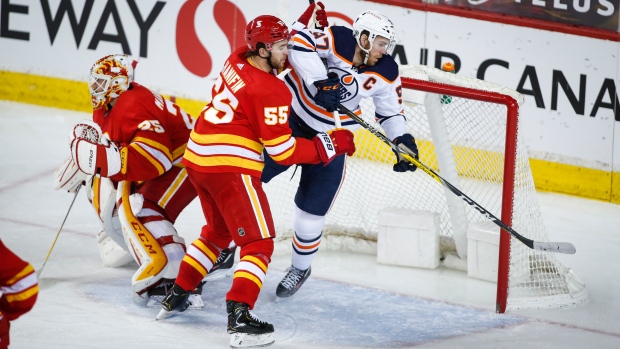 CALGARY — The Calgary Flames will get their pre-season started with a Battle of Alberta at home against the Edmonton Oilers on Sept. 26, the team announced Tuesday.

The Flames will also face the NHL’s newest franchise, the Seattle Kraken, on Sept. 29 at the Scotiabank Saddledome and in Kent, Wash., on Oct. 2.

A total of eight pre-season games are on the Flames’ schedule, four at home and four on the road, against the Oilers, Kraken, Vancouver Canucks and Winnipeg Jets.

Dates for ticket sales will be announced at a later date.