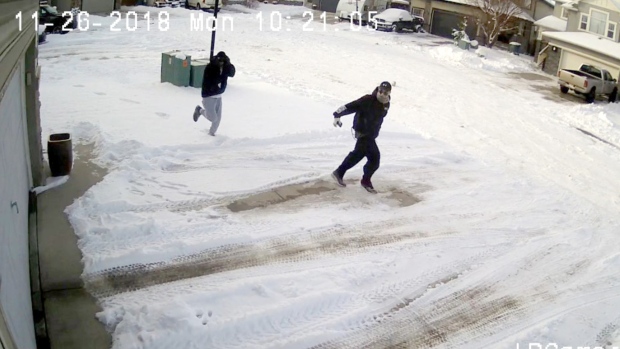 CALGARY — Second-degree murder charges have been laid after a 16-month investigation into the death of a Chestermere, Alta. man.

Dennis Lewis, 41, was found in his home on the morning of Nov. 26, 2018 suffering from a gunshot wound and he died soon after arriving at Foothills hospital.

Richard Michael Sikora, 37, is charged with second-degree murder. He was denied bail and is scheduled to appear in court next on April 8.

Investigators believe more people were involved in the killing and are asking for information from the public.

“A stolen burgundy 2015 Ford Edge Sport believed to be involved in the incident was captured on security cameras in the area of the residence and was later recovered in northeast Calgary,” police said in a release.

RCMP also released a number of photos captured by surveillance cameras of people believed to be involved.