CALGARY — Anti-racism groups say the City of Calgary should be ashamed of how it’s handling a public hearing on systemic discrimination.

There are more than 200 Calgarians registered to speak over the course of the hearing that has now extended into a third day, but many are concerned about a five-minute time limit to explain their story.

The anti-racism group, called United Black People Allyship movement, has compared the hearing to herding in cattle and lumping every person of colour into one group.

Many members feel it is extremely difficult for speakers to explain over 500 years of oppression and systemic racism in the short time they are given and say the process is fast-tracked.

The Canadian Cultural Mosaic Foundation agrees. That CEO of that group, Iman Bukhari, started a petition which received more than 70,000 signatures, calling on council to take action.

“But we didn’t want a hearing, we wanted consultation,” Bukhari said. “Consultation involves working with the community and this is just rushed, there wasn’t a website dedicated to this hearing, no one knows when they’re speaking and many people had less than a day to sign up.”

Bukhari continued and said city councillors should be ashamed, adding that many city workers haven’t been properly trained on how to handle racism in the community.

“Council doesn’t understand because their responses and reaction to racism are normal and the pain behind it needs to be focussed on,” she said. “These are very serious and intense stories of police harassment and real trauma and the city doesn’t even have mental health support on site.” 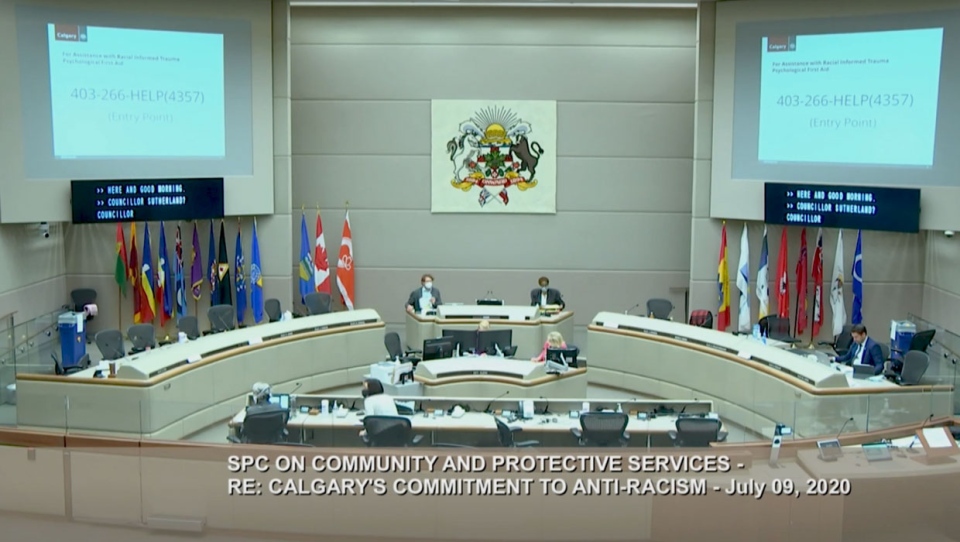 Ward 6 Coun. Gian-Carlo Carra, who is co-chairing the hearing, admits the criticism is fair, but says 95 per cent of speakers have been allowed to go over the five-minute time limit and the city is more than willing to listen.

“We really are encouraging people to be respectful of the time and try to consolidate their thoughts and to meet that time limit but we are extremely and deeply understanding if they are unable to do so as they tackle a very difficult subject,” Carra said.

“What’s critical about the work we’re doing here is that it’s a start and not just checking a box, that it’s a meaningful symbol that’s leads to something and not just an empty performance.”

Carra added that a panel of five experts are also supporting councillors to help them better understand what’s going on in the community.

Dr. Melinda Smith is among the panelists and also co-chairs the hearing. She recently became a Canadian citizen and was named vice-provost of equity, diversity and inclusion at the University of Calgary.

Carra says now is the time for city hall to create real change.

“We’re trying to balance bringing the Black Lives Matter protests in the street into the halls of government,” he said. “We’re saying that this is a government that’s not here to systemically oppress you, but rather a government of, by and for everyone and including you and if it’s not for you it not for anyone.”

Calgary’s community and protective services committee hopes to finish hearing from all speakers Thursday. Their next step will be the formation of a city committee on anti-racism and a an action plan on how to create positive change moving forward.