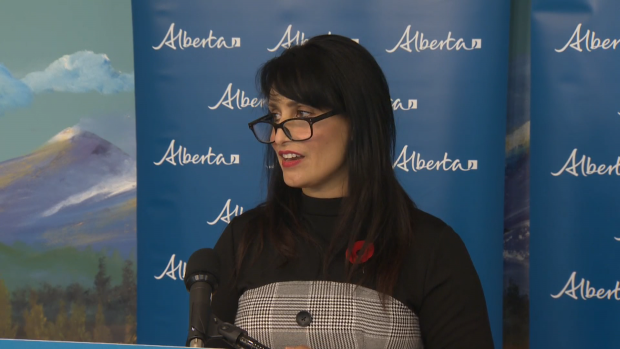 EDMONTON — A cabinet minister is calling on the premier of Alberta to apologize for his Sky Palace dinner and criticized remarks he made about cancel culture.

Leela Aheer – Alberta’s minister of culture, multiculturalism, and the status of women – released a Facebook post on Saturday evening from her personal account calling on the premier to apologize.

“I am confused and, like you, extremely hurt, and I’m so sorry for any pain, anger, or frustration this may have caused you,” she said.

“All of us make mistakes, but this one is a big one.”

She called on all ministers present at the meeting to apologize to Albertans.

“Our leadership should sincerely apologize,” she added. “I want you to know that I have diligently followed the rules right alongside all of you as we fight COVID.”

Premier Jason Kenney, three ministers, and four other people dining on a rooftop patio drew large amounts of criticism over the alleged flouting of the province’s gathering rules.

The group of United Conservative Party members were spotted Tuesday evening on the balcony of the Sky Palace of the Federal Building on the Alberta Legislature grounds in Edmonton.

Aheer also criticized Kenney for remarks he made earlier this week regarding “cancel culture.”

Kenney spoke out Tuesday afternoon about what he called an ongoing “cancel culture” in Canada after being asked what he thought about the growing movement to change the names of landmarks and schools associated with historical figures organizing and promoting residential schools.

The premier warned that if cancelling historical figures and their achievements continues, most of the country’s founding fathers could one-day be removed from the history books.

Kenney also spoke favourably about Sir John A. Macdonald, noting that he co-sponsored a bill as a sitting MP to recognize Canada’s first prime minister “without whom Canada would not exist.”

“And as his authoritative contemporary biographer Richard Gwyn said, ‘No Macdonald, no Canada.’ I think Canada is worth celebrating. I think Canada is a great historical achievement. It is a country that people all around the world seek to join as new Canadians.”

In Aheer’s statement, the minister said “changing the names of schools and educating people about these atrocities is not ‘cancel culture.’”

“Cancel culture is what has happened to our First Nations by not acknowledging these atrocities and those responsible,” Aheer said.

“This is a turning point in our province and our country where we can truly start the process of healing, and I am honored to stand with my First Nation sisters and brothers.”

Requests for comment to Aheer’s press secretary were not responded to.

CTV News Edmonton reached out to the premier’s office for comment.