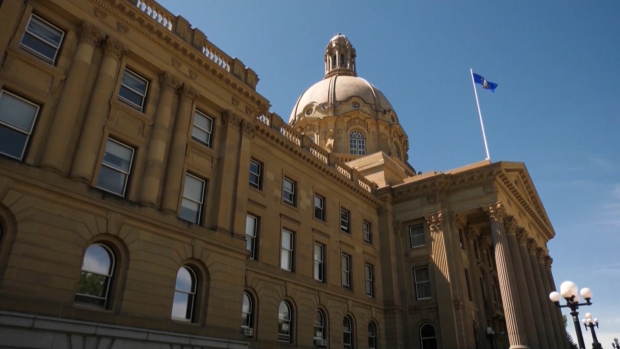 CALGARY — The provincial government will unveil its budget Thursday, almost a year after the first case of coronavirus in Alberta was confirmed.

In recent weeks, Premier Jason Kenney has promised a historic investment in health care and more help to fight the pandemic, but warned of another large deficit.

Kenney says the budget will focus on getting Alberta past the pandemic, rebuilding the economy and creating thousands of new jobs.

The premier has promised that the budget will not include any deep spending cuts or any tax increases.

Since the outbreak of COVID-19, the provincial government abandoned its plan to balance the books within its first term.

Alberta’s state of emergency began on Mar. 17, 2020 roughly two weeks after the budget— which included cuts to health care and education — was released.

Health care workers tell CTV News they are concerned this budget will include plans to privatize several areas including laboratory services, food providers, laundry and housekeeping, and protective services.

As for the next session, Government House Leader Jason Nixon says Albertans can expect a wide range of bills including recall legislation, the law that would allow voters to remove elected officials from office between elections.

Albertans can also expect additional support for non-profits, and changes to vital statistics that will prevent sex offenders from changing their name.

Nixon says the focus will remain on COVID-19 and vaccine rollouts.

After Thursday’s budget release, the legislature will take a week-long constituency break before reconvening March 8.

CTV News will break down the budget as soon as the finance minister delivers it this afternoon at approximately 3:30 p.m.

With files from CTV’s Teri Fikowski