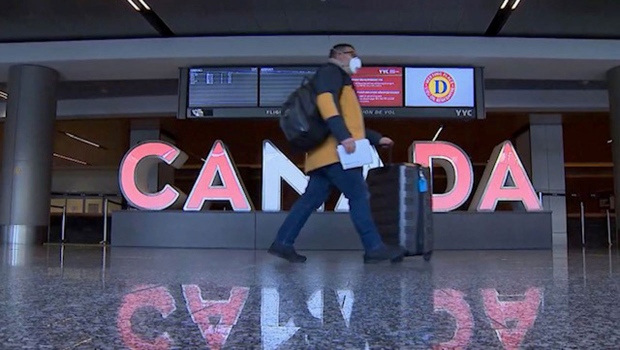 CALGARY — It’s taken months, but an Airdrie couple says their COVID-19 immunizations have finally been recognized by provincial officials, bringing Alberta that much closer to life as normal.

It’s something snowbirds have been pushing for as Alberta inches towards vaccination benchmarks tied to its three-step reopening plan.

Ernie Messner is one of those Albertans who has been fully immunized since February, but doesn’t yet count towards the province’s total because he received his shots in Arizona.

“That’s part of our frustration with this is that we know we’re counted into the not vaccinated part, but we are fully vaccinated,” Messner said.

“I’m sure there are thousands of Albertans that came back from the United States and had their shots and were not counted.”

Messner and his wife received both doses of the Pfizer vaccine in the U.S. and came back to Alberta in April. They said they’ve been asking their MLA and other health officials why they hadn’t counted towards the province’s goal of having 70 per cent of its eligible population vaccinated to reach stage three of its reopening plan.

However, provincial officials say the Messner’s problem is short-lived.

“Anyone who has been immunized outside of the province can drop off a copy of their records at an AHS public health clinic to have those records entered into our system and count to the provincial total,” reads a statement from Alberta Health.

Though Alberta now has a process to count those people, most other provinces do not.

Fine’s website has been updating its guidelines for returning snowbirds for every province. Counting towards the totals for reopening is the main concern for snowbirds right now, but Fine said there are two other implications down the road.

“The third issue is booster shots. We don’t know if and when we’re going to require booster shots for COVID vaccines, but if we do, there could be issues if their previous shots were not recorded.”

Alberta Health said the amount of people immunized out of the province is expected to have minimal impact on provincial vaccine totals. Work is also underway on an automated process to track Albertans who were vaccinated in another health authority.

Tracking vaccine totals is up to individual provinces and the Public Health Agency of Canada said it did not have an estimate for how many Canadians have received their shots out of the country.