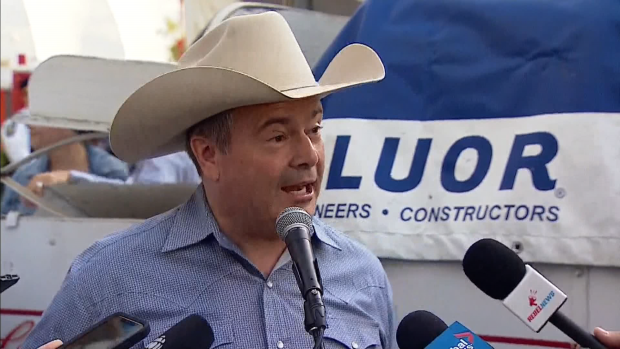 CALGARY — Premier Jason Kenney says Alberta will not be following the lead of Quebec and Manitoba by implementing a vaccine passport system.

Quebec intends to bring in the vaccine passports beginning in September that would require people to prove they are vaccinated to access non-essential businesses in parts of the province where the COVID-19 rate is high.

Manitoba authorities have been issuing a proof-of-immunization card to residents who are two weeks removed from their second shot.

But Kenney told reporters at his annual Stampede breakfast that Alberta has been clear from the beginning and will not implement or accept vaccine passports.

He says they would likely contravene the Health Information Act and possibly the Freedom of Information and Protection of Privacy Act.

Kenney was again met by anti-vaccination protesters at the pancake breakfast, but he says they are a vocal minority who spread fear and misinformation that could ultimately cost lives.

This report by The Canadian Press was first published July 12, 2021.