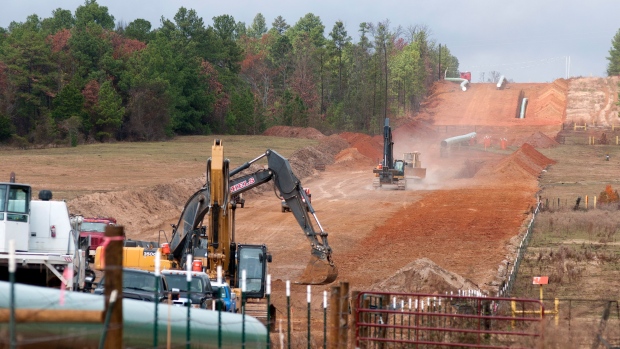 CALGARY — Alberta’s NDP will call on Premier Jason Kenney to publicly disclose details of the Keystone XL deal, including “the full risk analysis and all financial documents related to the deal through the Public Accounts Committee,” according to a release.

NDP Energy Critic Kathleen Ganley is scheduled to speak at a press conference at noon Friday.

CTV Calgary will livestream the comments.

U.S. PresidentJoe Biden revoked the permit for the US$8-billion pipeline hours after being sworn into office on Wednesday, a move Kenney called “a gut punch” to Albertans.

Kenney has also called on prime Minister Justin Trudeau to impose sanctions against the U.S. in response to the move.

Work has since been halted on the project, which is slated to run 2,735-kilometres (1,700-miles) from Hardisty, Alta. to Steele City, Neb., and would carry more than 800,000 barrels of bitumen each day from Alberta’s oil sands to refineries along the U.S. Gulf Coast.

Also on Friday, Kenney released a letter he sent to Trudeau on the issue.

My letter to Prime Minister Trudeau on the #KeystoneXL pipeline.

We must find a path to a reconsideration of #KXL within broader context of a North American energy & climate agreement.

If that does not happen, the federal government must stand up for our energy sector workers. pic.twitter.com/aqQiZR2C8T