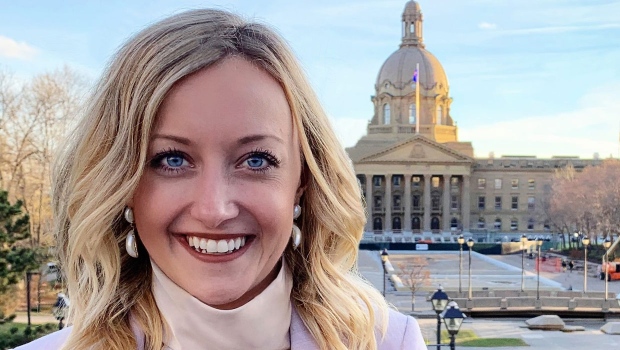 CALGARY — Miranda Rosin, the representative of Banff-Kananaskis, is the latest Alberta MLA to have left the province over the holidays, CTV News has learned.

In an email Wednesday, the UCP caucus confirmed she drove from her home in Alberta to her parents’ household in Saskatchewan.

It also said Alberta and Saskatchewan both allowed individuals who live alone to celebrate at another household, so it was not likely Rosin would be penalized for her trip.

“Those who had responsibilities removed travelled abroad – not to a neighbouring province with matching policies while following public health guidelines,” said Tim Gerwing, communications director with the UCP government caucus.

He added Rosin has not left the country at any point since the beginning of the pandemic.

Six UCP MLAs, as well as a number of staffers, were all caught leaving Canada for non-essential reasons in December.

Tracy Allard, the former municipal affairs minister, resigned from her post in the wake of the scandal while Jeremy Nixon was similarly disciplined.

This week, UCP members came forward to express their disappointment with the party over the travel scandal.

Alberta’s Speaker of the House Nathan Cooper voiced his concerns in an email to a constituent in his Olds-Didsbury-Three Hills riding.

“Especially Premier Jason Kenney who chose not to sanction these senior officials and staff members until he was prompted to do so by widespread public outrage,” reads the email from Cooper, which was obtained by Postmedia.

However, Cypress-Medicine Hat MLA Drew Barnes says there are a number of people in the party who are speaking up about the issues, but wouldn’t define them has “cracks”.

“There are differences of opinion. A lot of us are speaking up,” he said. “It’s incumbent on Premier Kenney to listen.”