The return to in-class learning includes all Alberta students with the exception of the entire Regional Municipality of Wood Buffalo.

“All those students in K to 12 in this region will continue to learn at home for another week, with a targeted return to in-person learning on May 31,” said LaGrange.

The pause on extracurricular activities in Alberta schools remains in place.

“It has helped to alleviate the operational pressures tied to the rise of COVID-19 cases in our communities,” she said.

The education minister said all health protocols that were in place in Alberta schools before the May 7 shutdown will continue.

“Including mask requirements, cohorts, screening for symptoms, and seating arrangements,” she said.

LaGrange was joined by Alberta Chief Medical Officer of Health Dr. Deena Hinshaw, who endorsed the minister’s decision to resume in-person learning in the province after the May long weekend. 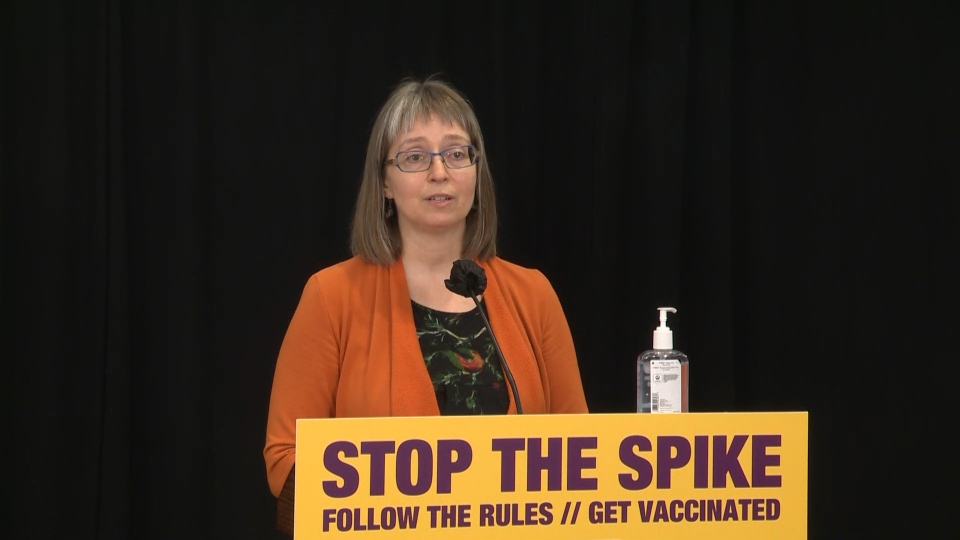 “I’m confident that we can all work together to keep cases falling in young Albertans,” Hinshaw said.

“I know that in-person learning is critically important for many kids’ educational and social development, and can provide a sense of normalcy in these unusual times.”

Hinshaw said a “sharp decline” in cases in school-aged children in the province in recent weeks serves as evidence that the decision to reopen classroom doors to students is the right one.

Alberta’s top doctor said that with over 50 per cent of Albertans over the age of 12 now having received their first dose of a COVID-19 vaccine – and with that number still growing – the move back to in-class learning makes sense.

“With additional people every day getting vaccinated, the protocols that we’ve had in place, plus the rapid screening approach – all of those things together, I believe, are making our schools as safe, or safer than they have ever been,” said Hinshaw.

During a Facebook Live session Tuesday evening, Premier Jason Kenney said he expects students will no longer need to wear masks in class by the beginning of next school year.

K-6 students in Alberta shifted to online learning on May 7, while students from Grade 7 – 12 have been learning online in some COVID-19 hot spots since April 20.

On Tuesday afternoon Jason Schilling, president of the Alberta Teachers’ Association, expressed concern over the possible return to in-class learning next week and the government’s handling of schools in the province throughout the pandemic.

Edmonton ICU physician Dr. Darren Markland tells CTV News it’s difficult to determine the right thing to do when it comes to the issue of reopening schools for in-class learning.

“There’s a lot of emotional connection to this question,” said Markland. “I think when you ask a simple question and you get a very long, complex answer it just tells you that nobody has the right answer to this.”

Markland noted that every time the province has shut in-person learning in schools down, COVID-19 infection rates have dropped. 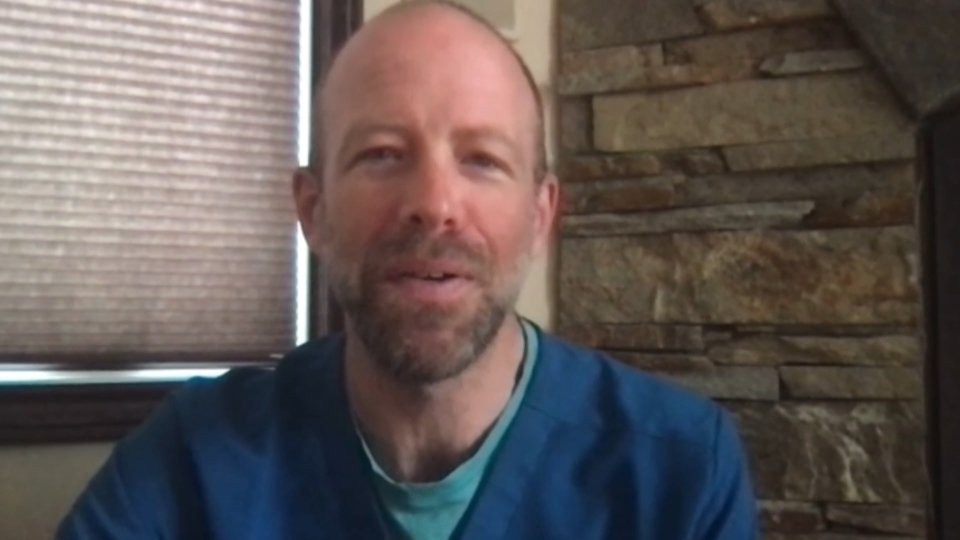 “That’s undeniable,” he said. “The problem is when we do that we also cause significant distress to children and families.

“When you’re a public health physician you have to balance all those things,” Markland added.

The ICU doctor said that getting a large majority of the population at least one dose of a COVID-19 vaccine would go a long way in making in-person learning safe for everyone.

“Until we get our vaccinations up to 85 per cent (of the population),” said Markland, “we’re going to have the same problem that they had that got us here.

“Reopening schools until we’re there is going to create the same issues,” he said.

“To have people go back and forth, back and forth between their plans for their kids, and for their kids to have whiplash from going from different educational strategies,” said Markland. “If we picked one and stayed in our lane, no matter what it was I think our kids would be better off and so would we.”

LaGrange said the province has made an effort to “minimize that yo-yoing.”

“Unfortunately at times it has been necessary, but we’ve been able to keep our schools open right through the whole school year,” she said.

“It’s so important for our students to be in school with their peers, with their teachers,” said LaGrange.