CALGARY — Doctors in the province of Alberta are getting increasingly worried as COVID-19 case numbers continue to climb.

As of Friday, 1,100 new cases were reported, of which included 300 variants. The large spike marked the third consecutive day of more than 800 cases and first report of more than 1,000 cases in some time.

It also prompted Edmonton-area doctors to urge the provincial government to implement a three to four-week ‘circuit breaker’ lockdown.

“We have an option to avoid a lot of this and unfortunately Premier Kenney’s message of ‘behave yourself and you’ll be fine’ isn’t going to work,” said Dr. Noel Gibney, co-chair of the Strategic COVID-19 Pandemic Committee of the Edmonton Zone Medical Staff Association (EZMSA)

In a letter to the premier on behalf of the EZMSA representing 1,500 doctors, Gibeny and his co-chair Dr. James Talbot emphasized that Alberta has already entered a third wave of COVID-19, which has been driven by the B117 U.K. variant.

Gibney says that strain of the virus already makes up a third of all cases in Alberta and at this rate it could become the dominant strain by the end of next week. He says case numbers are doubling province-wide on average every eight days and could reach upwards of 1,800 cases next week.

“We could also find ourselves two weeks down the road from that at 5,000 cases,” Gibney said.

“Premier Kenney said we have lots of capacity in the hospitals, it’s fairly easy to make some more beds and more equipment, but we don’t have any more staff, no more intensivists, respiratory therpists or nurses and they’re all burned out.”

The letter calls on Alberta to take a number of steps, which would include a circuit breaker lockdown effective immediately. It recommends people should be advised only to leave their homes for essential services or outdoor exercise.

The message comes on the exact same day Ontario Premier Doug Ford announced his province would go into a 28-day lockdown to combat the spread of COVID-19.

Ontario’s lockdown falls short of a stay-at-home order and will still allow retail businesses to stay open with capacity limits. Those measures are in place to avoid modelling that predicts Ontario could reach 6,000 cases per day by late April.

Meanwhile, Kenney did not introduce any additional restrictions for the province on Thursday, noting that strong health guidelines are already in place.

“They key thing is to get people’s attention that the vaccines and the nice weather doesn’t mean we’re past this, but the key thing is to make sure people respect the rules that are in place.” 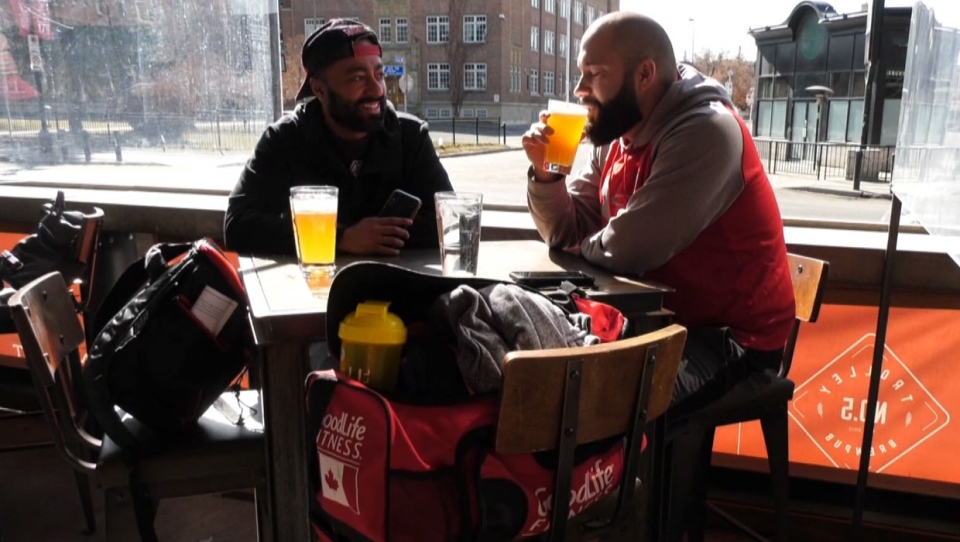 Gibney understands Kenney’s reluctance to implement additional measures and fully recognizes the impact a lockdown could have on businesses and people, but he warns that may be our only choice.

“It’s far better off to head this off at the pass, stop this from happening so that we don’t see unnecessary illnesses, hospitalizations or unnecessary deaths,” he said.

At the same time, restaurants and pubs are in dire need of support as those that made it through the last two lockdowns in Alberta are still struggling to pay bills.

“The detriment would be that as the province’s third highest employer in the private sector, you’ll see far more closures, far more unemployment and restaurants will not survive a third targeted lockdown,” Tsu said.

“This pandemic affects everybody in so many different ways, but there’s people that have their mortgages and families on the line and that can often be forgotten.”

Tsu adds that there are no statistics or evidence to prove a high level of cases is coming from the hospitality industry and says restaurants are doing more than enough to create a safe environment for customers.

“Obviously we’re very concerned with the cases and it’s a mater of people in hospitality making sure people are sanitizing their hands before they even enter the building, keep the social distancing protocols in place, no table hopping and trying to keep the patios open as long as possible.”

“We’re urging restaurants to do their part and make sure people not from the same households are sitting together, but for the most part the public has been great in following the rules.” 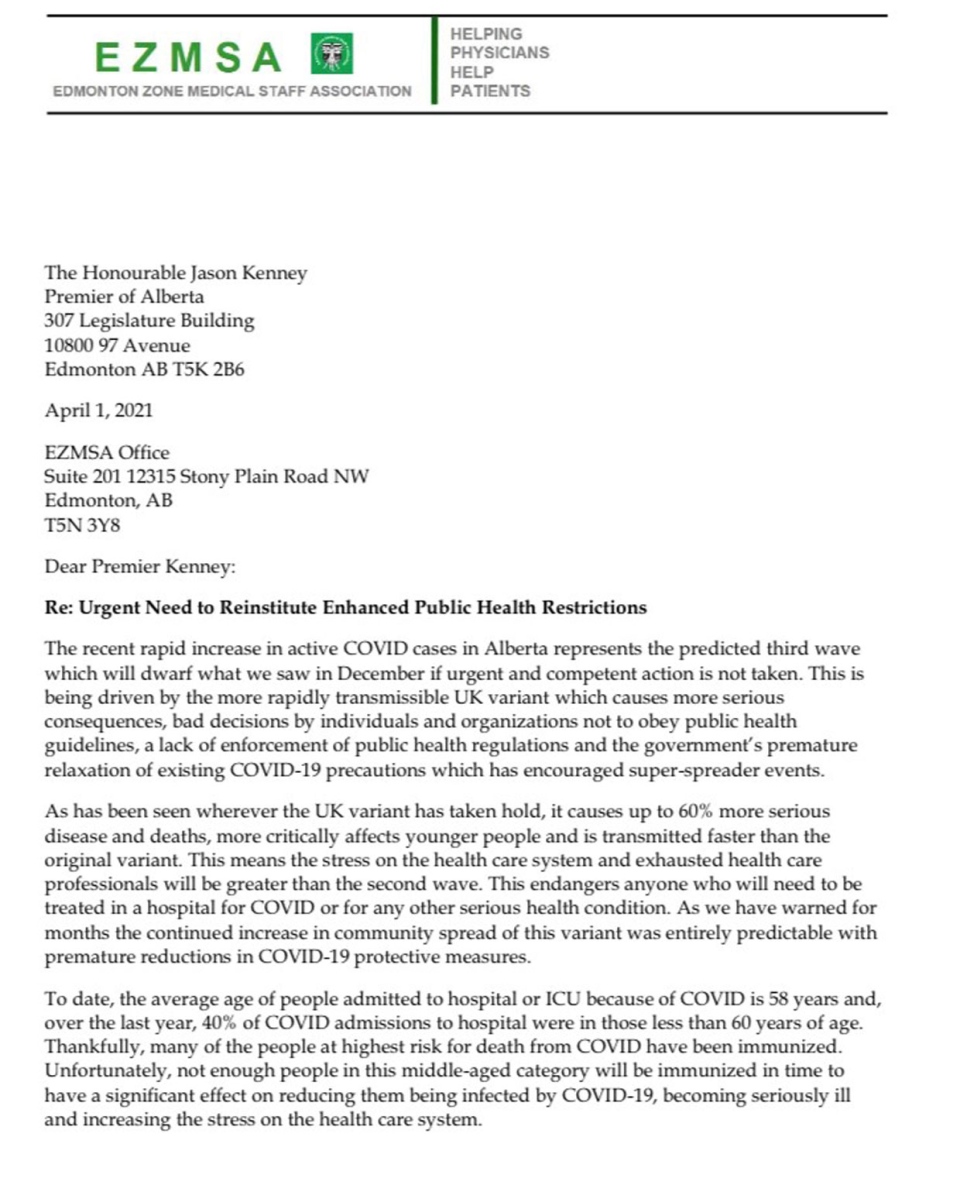 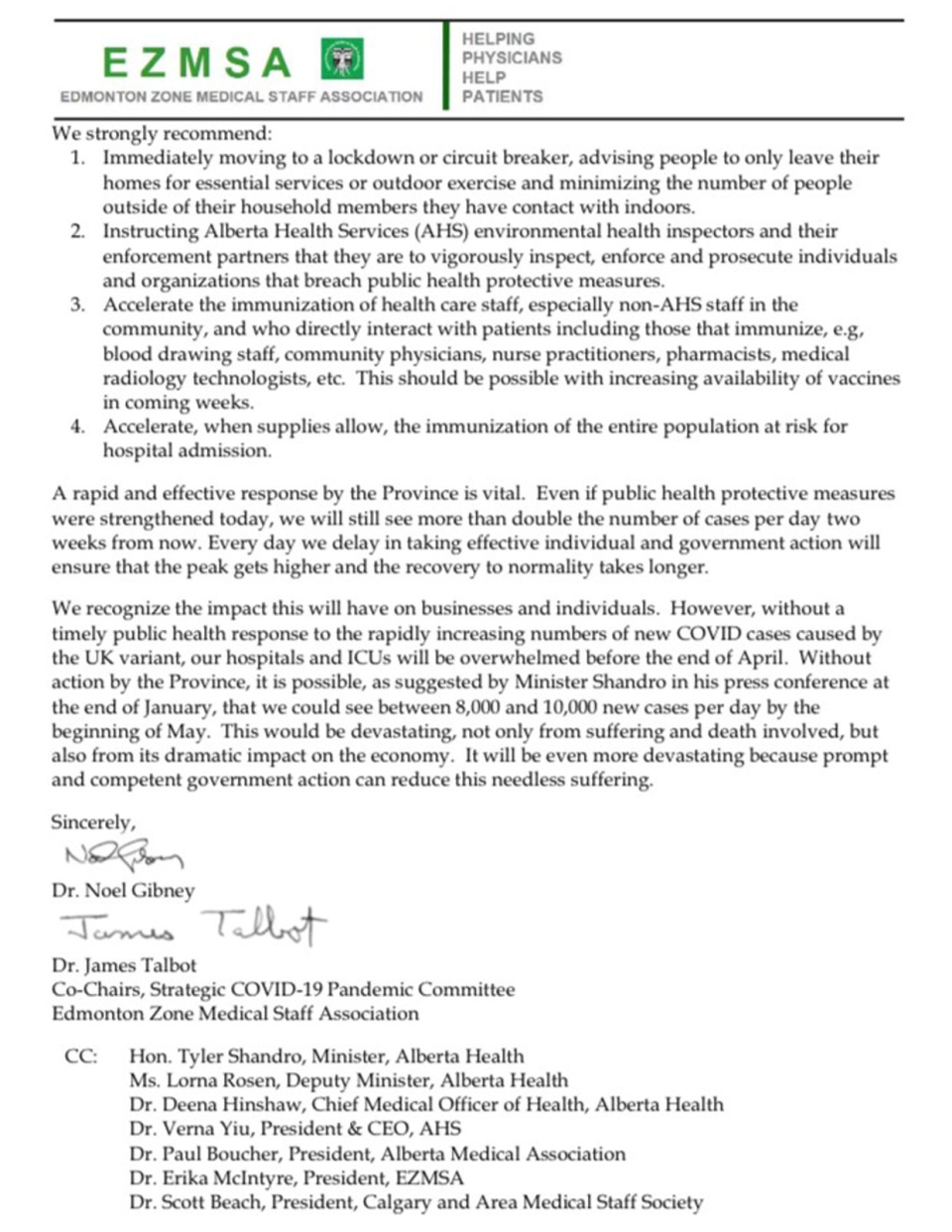