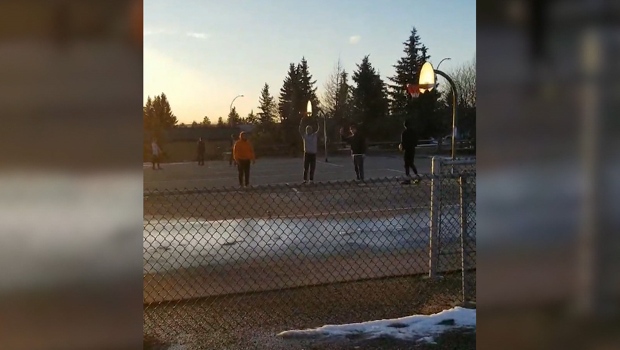 AIRDRIE, ALTA. — A group that failed to observe physical distancing recommendations in Airdrie Monday night drew the ire of a local man who recorded them and notified RCMP.

According to the resident, who is not being named, upwards of 20 people gathered at the outdoor basketball court at Muriel Clayton Middle School on Acadia Drive S.E.

The man confronted the basketball players from a distance and recorded them, before calling police.

RCMP have not confirmed whether fines were issued in connection with the complaint.

The City of Airdrie remains under a local state of emergency and the province has implemented restrictions on gatherings during the COVID-19 pandemic.