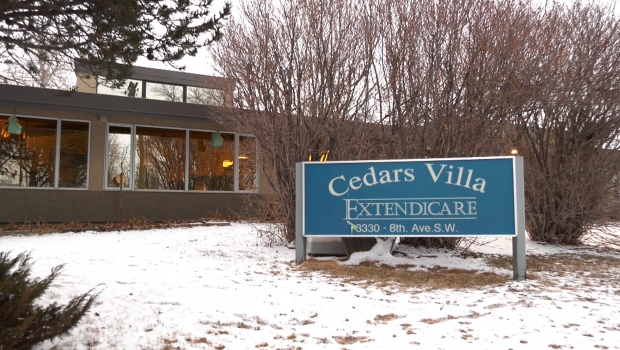 CALGARY — Calgary police are investigating the death of a long-term care home resident who was located in freezing temperatures outside the facility early Monday morning.

Officers were called to Extendicare Cedars Villa, in the 3300 block of Eighth Avenue SW in the community of Spruce Cliff, at around 4:45 a.m.

Staff called police to report a missing person after realizing the woman was not in her room during nightly rounds at the care home.

According to police, the 91-year-old was last seen in her room at around 1:15 a.m. and staff noticed her missing at approximately 3:30 a.m.  Police were notified of the disappearance roughly 75 minutes after staff realized she was unaccounted for .

Officers helped search the property and, after roughly an hour, found the woman in an outdoor courtyard. When paramedics arrived at the facility at 6 a.m., the woman was declared deceased. Her name has not been released.

At the time the woman was reported missing, it was snowing with a wind chill of  -22.

Police and the care home operator are working to determine why the woman was outside in the early morning hours.

“It is with deep sadness that we confirm the death of a resident at Extendicare Cedars Villa earlier this week,” reads a statement from Extendicare to CTV News.

Police are now officially investigating to determine whether the incident is criminal in nature.