CALGARY — There are now three cases of COVID-19 at a Calgary Catholic school, Alberta Health confirmed to CTV News Friday.

The province says all of the cases were discovered at St. Francis High School thanks to rapid testing procedures.

“This rapid response shows the system works,” said Tom McMillan, assistant director of communication with Alberta Health in an email to CTV News. “This relies on timely testing and isolation of those exposed to limit the spread.”

There is no confirmation on if the cases are in students or teachers at the school.

Alberta Health first announced a positive case of COVID-19 in a student attending summer classes at the school Tuesday.

At that time, the Calgary Catholic School District (CCSD) said it is working closely with Alberta Health Services (AHS) to trace where and when the student contracted the illness.

CTV News has reached out to the CCSD in regards to the new cases, but has not heard back. 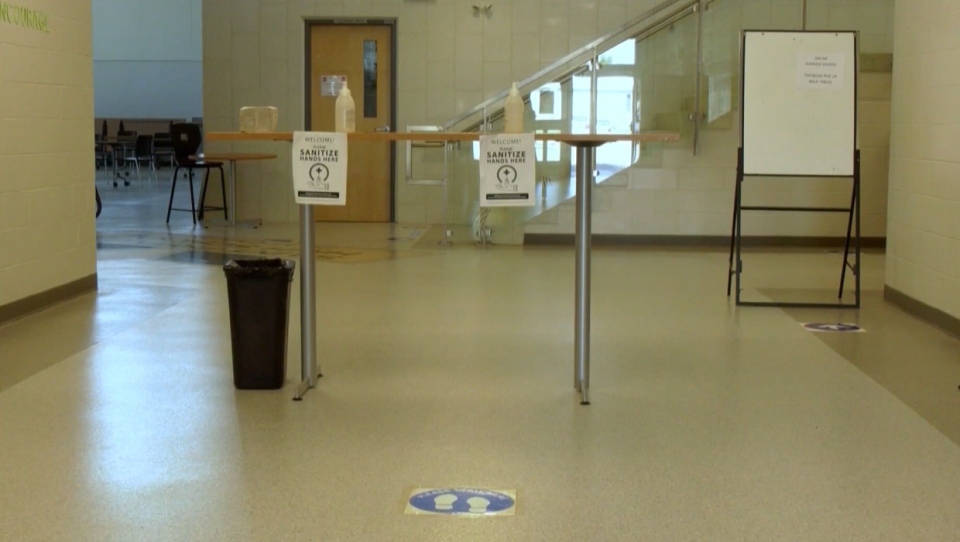 While there are three cases of COVID-19 confirmed at the school, officials say this still falls short of an outbreak being declared.

“As with any case, AHS is involved in contact tracing and ensuring that anyone at risk is isolated and tested, and working closely with the school. The school remains open and underwent enhanced cleaning earlier in the week,” McMillan said.

Classes are being capped at 15 students and desks are spaced at least two metres apart.