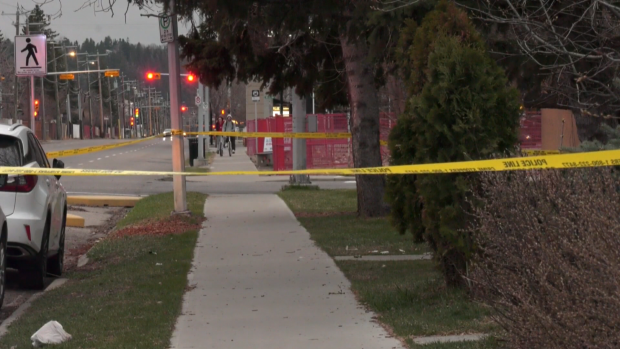 CALGARY — A Saturday evening stabbing attack at a northwest home sent a man and a woman to hospital with multiple traumatic injuries.

Emergency crews responded to a home in West Hillhurst, near the intersection of Kensington Road and 18th Street N.W., shortly before 8 p.m. following reports of a stabbing.

According to EMS, an injured man and a woman, both in their late teens, were located on scene. The stabbing victims were transported by ambulance to the Foothills Medical Centre in serious condition.

As of late Saturday evening, Calgary Police Service officials confirmed the suspect has not been located. The attack is believed to have been targeted and there is no indication of risk to the general public.

Anyone with information about the stabbing or the location of the suspect is asked to contact the Calgary Police Service at 403-266-1234 or anonymous tips may be submitted to Crime Stoppers.