CALGARY — Police and bylaw officers across Alberta have issued 576 tickets under the Public Health Act since the start of the pandemic, but only around 12 per cent of those tickets have resulted in a conviction.

According to numbers provided to CTV News by the Alberta Crown Prosecution Service, 40 per cent of all tickets issued have been withdrawn, but many are still yet to make it to court.

Fewer than 70 tickets have resulted in a conviction or were paid before reaching court. About 218 tickets, or 38 per cent, remain in court and it could take several months for them to work through the court process. Another 10 percent of tickets “were quashed or otherwise resolved by the court,” according to the province’s prosecution service.

“Prosecutors assess these cases, as they do all cases, on an ongoing basis and ensure all aspects of the evidence are carefully considered at every stage of a prosecution,” the prosecution service said in a statement from.

“The Alberta Crown Prosecution Service does not commence/continue prosecutions unless the evidence establishes a reasonable likelihood of conviction.”

The Calgary Police Service said it is working with the province to better enforce the rules, including at the protests and rallies that have regularly taken place in Calgary. 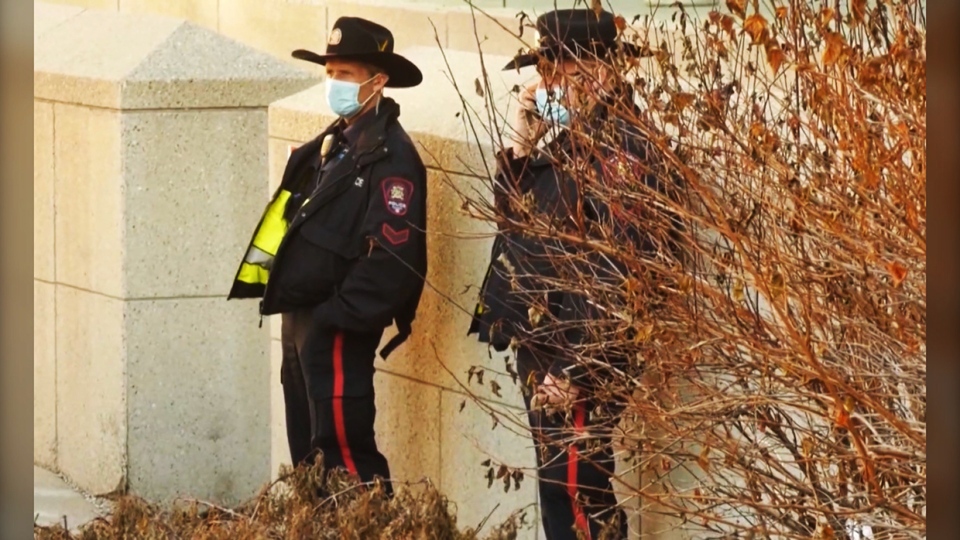 “Together, we are working towards addressing some of the issues in the legislation that have caused some challenges when our summonses go to court,”  CPS statement said.

“In some cases, we have ticketed rally and protest organizers for violating the orders on several occasions, but with limited impact to their behaviour,” the CPS statement continued.

The NDP opposition says the provincial government needs to move quickly if there is a continuous issue with tickets being thrown out.

“It’s incumbent upon this government to look at what’s the problem with their legislation and fix it,” said NDP leader Rachel Notley.

“We cannot have public health orders that no one believes will be or can be enforced,” she said.

The Alberta Association of Chiefs of Police are also urging the province to consider escalating consequences for people who continue to break public health measures.