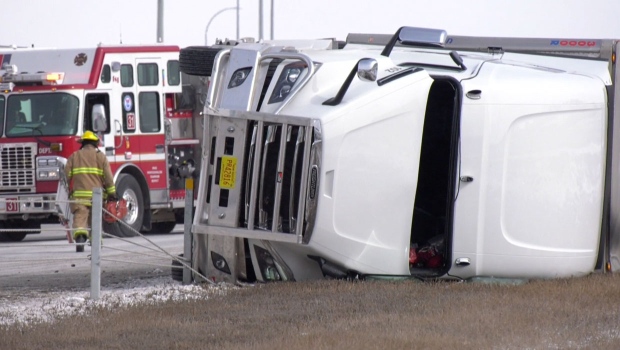 CALGARY — Crews say one person had to be taken to hospital following a serious incident on Stoney Trail Wednesday morning.

Calgary police, the fire department and paramedics were called to the scene in the westbound lanes of Calgary’s ring road near Beddington Trail N.W. shortly before noon.

When they arrived, they found a transport truck that had fallen onto its side next to the road.

Three people were inside the vehicle when it crashed and officials say one of them needed to be cut out of the wreckage after they had become trapped.

They were taken to hospital in serious condition.

The other passengers were not injured.

The cause of the crash is under investigation.