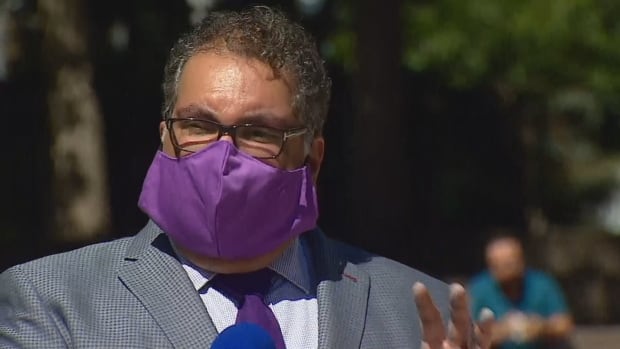 As COVID-19 cases decrease and immunizations increase, Calgary has lifted its local state of emergency.

However, with some epidemiologists suggesting a fourth wave of cases could hit in the fall, officials stressed that the move doesn’t mean the pandemic is over.

“It’s important to proceed with cautious optimism,” said CEMA chief Sue Henry during a Monday press conference. “We’re not there yet, we need to hang in there a little bit longer.”

“What does this mean?” the mayor said. “It actually doesn’t mean anything. It’s really helpful for us to be able to move to the next stage in our emergency management plan.”

Nenshi said people should continue to get vaccinated, wear masks and physically distance — especially with the risk of more contagious variants.

“We don’t want that fourth wave, we don’t want to go backwards, nobody wants that … that future is in our hands.”

Henry said she also would ask everyone to proceed with patience, and compassion, as everyone has different comfort levels heading into new stages of reopening.

Some of the city’s pandemic measures, like the adaptive roadway program which opens up more space for people to walk, run and cycle, will remain in place.

And some city recreation facilities, including some arenas, the soccer centre and pools, have begun reopening with limited capacity and booking in advance.

City council is set to discuss the mask mandate next Monday.