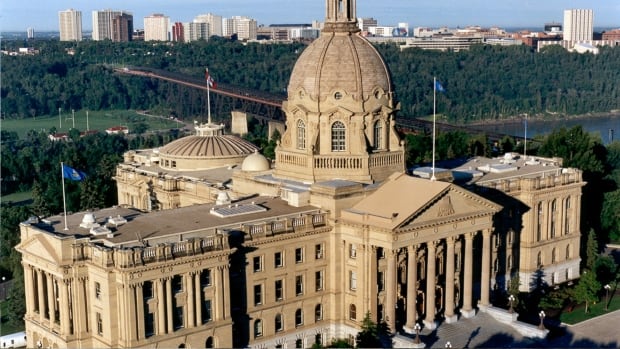 Alberta’s newest political party will be called the Wildrose Independence Party of Alberta — the result of an agreed merger between the Freedom Conservative Party and Wexit Alberta.

Members of both parties voted on Monday to combine their efforts into one party.

Rick Northey, president of the Freedom Conservative Party of Alberta, said 1,063 members of his party were eligible to vote.

Of the 608 who cast a vote, more than 97 per cent were in favour of merging with Wexit Alberta, he said.

“So there’s a certain amount of people that don’t feel that the two major political parties in Alberta are really representing the interests of Alberta or this particular group of people feel disenfranchised,” he said.

“So they really gave us a strong mandate to unify and represent them, hopefully, in the legislature in the next election.”

Wexit Alberta board chair Jenny Walker said she was pleased with the results of the vote, too.

“The movement is extremely solid. We’ve made some great strides. We’ve gained some great mentors and facilitators in all areas,” she said.

“The merger is at a point where we’re bringing the group together, working very well together and on the same path, so that is a positive.”

Walker said she expects an interim leader to be named as early as next week for the new provincial party.

Duane Bratt, a political science professor at Mount Royal University, said the United Conservative Party has such a huge edge in rural Alberta — its website claims it has 160,000 members provincewide — it could be hard for the new party to gain a foothold.

“What would change that calculation would be if you saw a current UCP MLA cross the floor and sit with this new party,” Bratt said.

Northey said a key task now will be to establish constituency associations.

Former Wildrose MLA Derek Fildebrandt led the Freedom Conservative Party in last year’s election, but the party won no seats and he resigned.

During the last election, the Freedom Conservative Party and another separatist party, the Alberta Independence Party, received a combined one per cent of the vote, Bratt noted.

But he said attitudes toward separatism have changed since then.

“When we did our poll, we saw a slight uptick in separatism, but that’s soft separatism.… We simply don’t know if we’ve always had 10 per cent separatism because it’s not something we’ve polled year after year. But they’ll have to do better than 10 per cent,” he said.

Wexit Canada’s interim leader, Jay Hill, has said the federal party will not be affiliated with any provincial parties.

Walker sits on both boards but said she plans to switch her focus to the federal side once the merger is completed.

“The federal side is developed to be the shield for what the provinces need to put into place to make it happen. And they’re there to, you know, kind of push it forward from the federal side. So operate like the Bloc, the western bloc.”

The federal party was granted eligibility by Elections Canada in January and plans to nominate 104 candidates to ridings in Alberta, British Columbia, Saskatchewan and Manitoba.