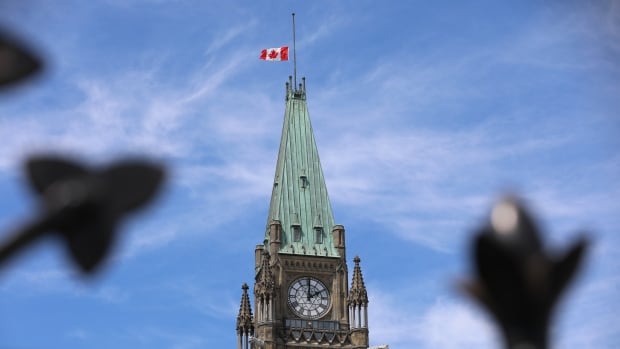 Some Calgary businesses are choosing to cancel or change their plans for Canada Day following the findings of unmarked graves at former residential schools.

At the Grey Eagle Casino on the Tsuut’ina Nation, a stage is set up for shows, but Event Group owner David Howard says their Canada Day event won’t be going ahead.

“We cancelled our Canada Day concert to support our Indigenous brothers and sisters,” he said on Wednesday.

That decision was a no-brainer, according to Howard, in light of unmarked residential school graves discovered across the country.

“We need to take a break, take a pause and look at what happened in our history and really atone to it,” he said.

At the Kensington Pub, server Amanda Gomez says they’re planning to raise money instead of celebrating Canada Day as usual.

She says the staff will be donating all of their tips to the Legacy of Hope Foundation — a charitable organization for residential school survivors.

“We think it’s a day to ally with people who are mourning and acknowledge that they’re hurting and say that we hear you and we support you,” said Gomez.

She said anyone wanting to donate to the cause can contact the Kensington Pub.

Calgary Mayor Naheed Nenshi said he’ll be spending the day focused on reconciliation efforts, but that there is room for celebration as well.

“I don’t believe that the world is black and white. I believe that we can hold in our minds the idea that there’s a lot to celebrate about what we’ve built here, this magnificent nation,” he said.

“But there’s also real reckoning about our history, about awful things, about residential schools for children.”

Alberta Premier Jason Kenney said this Canada Day is one of particular celebration for the province due to the lifting of almost all COVID-19 restrictions.

“We embark upon this reopening because of the miracle of vaccines and Albertans’ willingness to get protected,” he said.

“We take this step together, in confidence, and filled with the hope that much brighter days for Alberta are ahead.”

Kenney said Albertans should celebrate and be grateful for all those who helped build the country, from First Nations and beyond.

“Though our history is imperfect, Canada endures as a nation that learns from the mistakes of the past to build an ever more prosperous, welcoming, and free country.”

While there won’t be a big party in Calgary this year on Canada Day, there will be fireworks show from the top of Tom Campbell’s Hill.

“We’re gonna have a moment of silence, and then we’ll be using those fireworks as a way of honouring those children,” said Nenshi.

Support is available for anyone affected by their experience at residential schools and those who are triggered by these reports.

A national Indian Residential School Crisis Line has been set up to provide support for residential school survivors and others affected. People can access emotional and crisis referral services by calling the 24-hour national crisis line: 1-866-925-4419.