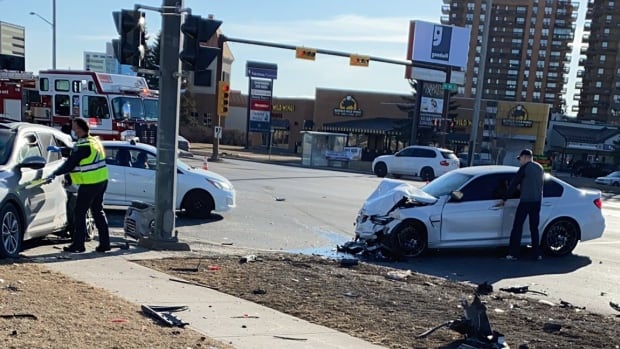 A teen has been sent to hospital following a car crash on Macleod Trail Tuesday evening.

Five people were involved in the incident and of those, EMS says two were sent to hospital — one in life-threatening condition and the other in stable condition.

Both EMS and Police were not able to confirm the condition of the teen.

According to the Twitter account YYC Transportation, northbound Macleod Trail between Southland Drive and 94 Avenue was closed for several hours, but has since opened.

Police say the cause of the accident is still unknown.