Many people have turned to outdoor activities to stay active during the pandemic, and according to cycling industry insiders, that’s made it a challenging year to keep up with demand.

Bike shops in Calgary are experiencing surging sales and low inventory, with some estimated delivery dates being pushed into 2022.

Jeremy Cobb, who has been biking most of his life and struggling to order bike parts this year, said it’s a bit exasperating as an avid cyclist, but not surprising.

“It’s been frustrating,” he said. “[But] I think people are trying to be safe, and trying to find things to do as a family and outdoors.”

Scott Clarke, the sales manager of Ridley’s Cycle in Kensington, said this winter has been the busiest he has seen in what is usually a seasonal industry.

In a typical year, students come to work at the bike shop in the summer before heading back to school in the fall; a few seasonal layoffs usually follow, he said.

But this year, there was no sales slowdown in August, and Ridley’s Cycle actually did some hiring in the fall to keep up.

“Bike companies are producing more than they ever have, demand is up over what they’re producing, so things are pumping through much, much quicker. So, we’re getting to the point where we’re having a lot of bikes pre-sold.”

A new challenge to manage

It’s not only Ridley’s Cycle that is struggling to keep stock levels high.

Bow Cycle has one of the largest inventories of bikes in Calgary, and owner John Franzky said they’re running low.

“On the business side, it’s kind of exciting to have those challenges at work, so it’s a new challenge to manage,” Franzky said.

“The hard part is, [at] Bow Cycle, we’re not used to saying no to people.”

The demand that has left the store low on just about everything has been a blessing and a curse, Franzky said.

“But what it’s done in the outdoor business, the boom it’s been seeing, bicycle industry included — it’s pretty unreal.” 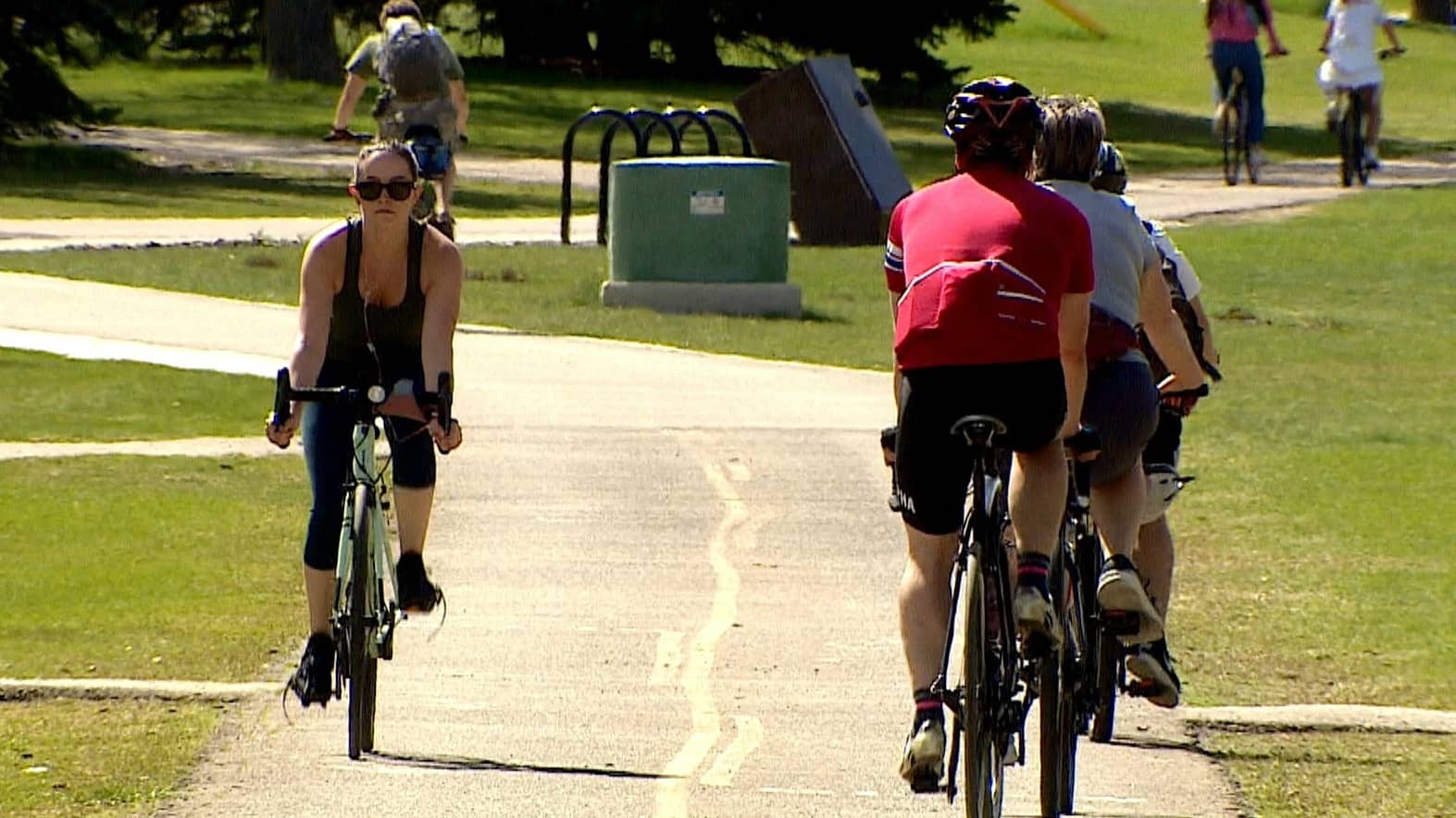 Find out why bike shops around North America are selling out during the COVID-19 pandemic. 2:07