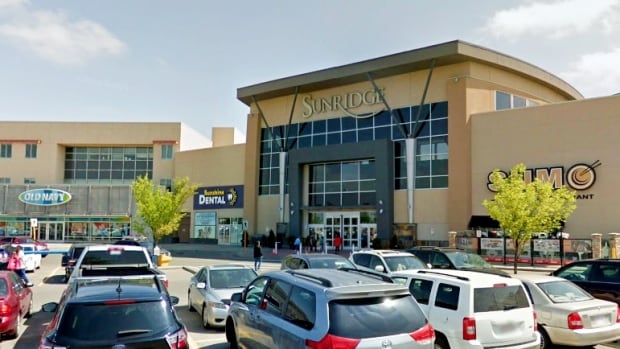 Sunridge Mall was evacuated Saturday afternoon after pepper spray from a jewelry store robbery spread through the mall’s ventilation system.

Police responded to the mall around 1:30 p.m. after a report that pepper spray had been deployed during a robbery.

The northeast Calgary mall was evacuated as a precaution after the pepper spray spread through the mall’s ventilation, police said.

Paramedics and firefighters were on scene assisting with the evacuation and decontamination, police said.

An EMS spokesperson said at 2:20 p.m. at least one person was being transported to hospital, but that it was too early to provide further details.

Police are searching for a suspect.