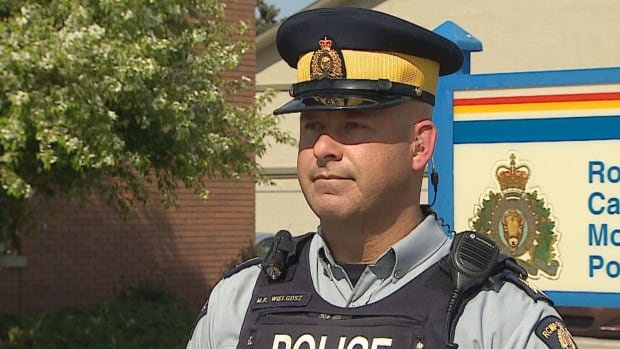 Strathmore, Alta. RCMP are asking people in the community to be “extra vigilant with their children” after an abduction was reported in the town.

RCMP in the town approximately 50 kilometres east of Calgary, said they responded to a report of a girl being abducted — who is now safe — while walking home from her bus stop on Tuesday around 3:30 p.m.

Staff Sgt. Mark Wielgosz with the Strathmore RCMP, said the “very young female student” was forced into a vehicle by two men and taken to a residence.

The girl was able to escape from the residence and flee the area, Wielgosz said, and was found by a family member around 5:30 p.m. The abduction was reported to the RCMP around 6 p.m.

“It was violent in nature because there was force exerted on our young female victim to get her into the vehicle, as well as at the residence where she was ultimately able to escape from. We are still determining the nature, the scope, the extent of her injuries,” Wielgosz said.

He said the girl was taken to Alberta Children’s Hospital in Calgary Tuesday evening.

“Our message right now primarily is to let the public know what has happened and take reasonable safeguards in the interim with their children … that parents ensure they’re monitored when they’re going to and from school.”

Suspect descriptions are still being determined, Wielgosz said, but added that the two men are described as clean-shaven and as driving a white pickup truck.

Wielgosz said the investigation is a “priority” with several specialized support units involved.