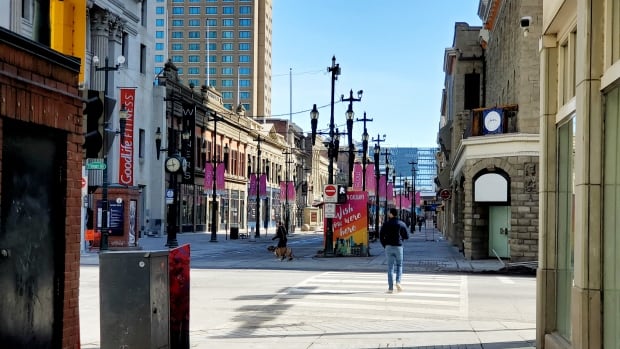 A major downtown real estate organization is going public with its concerns about the pace of downtown revitalization.

A member of the group’s board, Brett Koroluk, told CBC News that the city needs to find ways of making downtown more attractive to people, particularly Stephen Avenue.

He pointed out that owners of downtown buildings like The Edison and Ampersand, which were recently updated to include more modern amenities, are doing their part to make the core more attractive to companies and people by investing in their properties.

He said that while the city is making progress with its incentive program to encourage building owners to convert empty office space to residential units, its not enough to bring about dramatic change.

Our members have also been watching in dismay. At a board meeting yesterday there was a lot of concern about the state of affairs downtown incl Stephen Ave. Members have invested 10s of millions into resetting buildings &amp; don’t feel city is responding to those efforts. <a href=”https://twitter.com/hashtag/yycre?src=hash&amp;ref_src=twsrc%5Etfw”>#yycre</a>

While foot traffic downtown has rebounded due to lifted health restrictions and office vacancies have slightly decreased, Koroluk said there’s a way to go before people are convinced that downtown is worth living in or visiting.

“There’s definitely a perception that people are hearing that downtown after hours is not a place where people want to stay, aside from a couple of hours after work for a few drinks.”

Thom Mahler, the director of downtown strategy for the city, said that plenty of work is being done as part of a 15 year downtown strategy approved by city council — although much of that work is preparing for projects to come.

Mahler said council approved an initial $55 million for capital projects including a refresh of Stephen Avenue, improving the public realm on Eighth Street S.W. and completing the riverfront promenade in the west end of downtown.

“What that did was allow us to advance more into the design because before you build anything, you have to have a constructable project and that takes some time,” said Mahler.

Mahler added that the city is close to signing agreements with a master designer for revitalizing the entire length of Stephen Avenue and that once the design work is complete, construction will progress in stages over the coming years.

In the meantime, the city has begun a series of small scale activation and beautification projects on Stephen Avenue to attract people and encourage them to linger, said Mahler.

For example, the city will place more outdoor seating areas around the corner of Stephen Avenue and Second Street S.W. this summer, experimenting with different types of street furniture to see what is successful.

Mahler agrees that perceptions of public safety are a key concern and that it will take time to shift people’s perceptions.

“It’s easily our number one priority and we continue to work with all of our partners downtown — the police, enforcement, social agencies, the [business improvement areas] on how we address that both short term and long term.”

Mahler said things like the Calgary Flames playoff run and the return of a full slate of events for the Calgary Stampede this year should also help boost activity in the core.