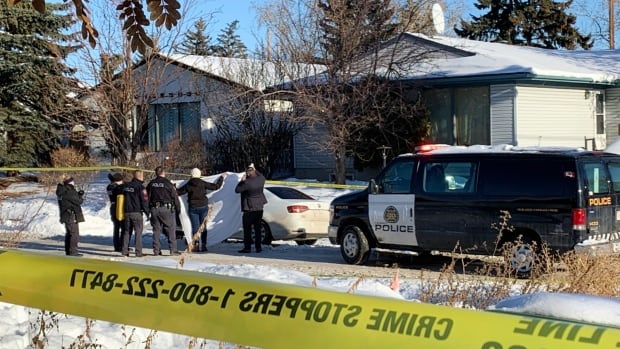 The Calgary Police Service has identified two men who were found shot to death in a vehicle in the city’s northeast earlier this week.

Kuanyliet Kogalt, 20, and Garang Deng (Cody) Akoar, 20, were discovered inside a vehicle that was left running in the 1000 block of Marcombe Drive N.E., police said Thursday in a release.

Both died of gunshot wounds and were found after officers responded to reports of a suspicious vehicle around 9:20 a.m. on Tuesday.

CPS said Thursday that no suspects are in custody and that detectives continue to investigate.

“This was a violent and targeted incident that resulted in the death of two individuals,” said Staff Sgt. Martin Schiavetta of the CPS homicide unit in an emailed release earlier this week.

It is believed the two men were shot between 9 and 9:30 p.m. Monday, and the parked car remained running until officers investigated 12 hours later.