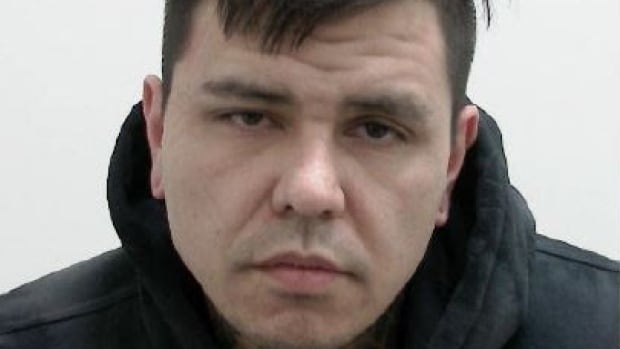 After nearly a month of searching, Calgary Police have arrested Gerald Russell Frommelt, 37, who is accused of killing his 23-year-old girlfriend, Jamie Lynn Scheible.

The former Hells Angels associate was wanted on a Canada-wide warrant for second-degree murder.

Last week, police said they believed Frommelt was getting help hiding in the Calgary area.

Police began searching for Frommelt after Scheible was shot in the northeast Calgary community of Temple on April 7. She died shortly after.

Past parole documents that CBC News obtained from the Parole Board of Canada show Frommelt has a history of violence against women and was once ordered to report all relationships with females by the board.

“We would like to thank the public and the media for their assistance in helping us advance the investigation,” Calgary police said in an emailed statement.