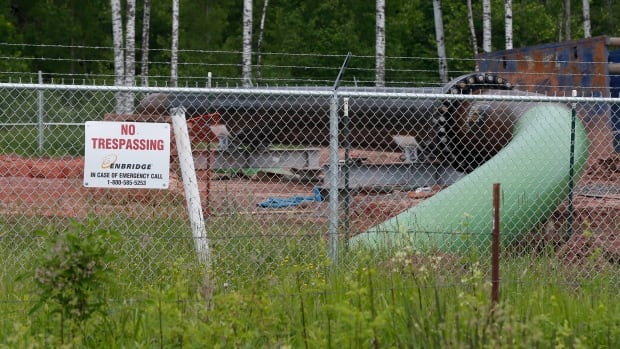 Opponents of a pipeline project that crosses three states have asked a federal court to halt construction in Minnesota on allegations that U.S. Army Corps of Engineers failed to address several environmental issues when it approved a water quality permit.

Two Minnesota Ojibwe bands and two environmental groups filed a lawsuit in U.S. District Court for the District of Columbia Thursday that asks for a preliminary injunction to stop work on the Enbridge Energy Line 3 pipeline that began early this month across northern Minnesota.

Line 3 starts in Alberta and clips a corner of North Dakota before crossing northern Minnesota en route to Enbridge’s terminal in Superior, Wisconsin. The 542-kilometre line in Minnesota is the last step in replacing the deteriorating pipeline that was built in the 1960s.

The complaint said the Corps decision to issue the permit authorizing the pipeline violates multiple federal laws and treaties and is causing irreparable harm.

The suit was filed by the Red Lake Bank of Chippewa, the White Earth Band of Ojibwe, the Sierra Club and the environmental group Honor the Earth.

The U.S. Army Corps of Engineers on Nov. 23 issued its “404 permit” for the discharge of dredged and filled material into U.S. waters during Line 3’s construction. The permit was the last major approval Calgary-based Enbridge needed to begin construction in Minnesota, after a contentious process that lasted several years.

The suit argues that the Corps failed to evaluate the risks and impacts of oil spills, which is particularly important given the nature of the oil that Enbridge will transport, plaintiffs allege. Line 3 will carry thick Canadian oil that sinks in water and is harder to contain during a spill, the Star Tribune reported.

The suit also contends that the Corps didn’t properly evaluate the pipeline’s impact on climate change and that the agency should have conducted its own environmental impact statement on the pipeline. The Corps also failed to fully assess Line 3’s impacts on tribal treaty rights, the suit said.

The Army Corps didn’t respond to a request for comment Monday.