The federal government is in the final stages of talks with airlines on what could turn out to be a $9 billion support package for the pandemic-battered industry, says union representative Jerry Dias.

Sources say most of the airlines are calling for financial help from Ottawa but WestJet wants the federal government to prioritize coming up with a plan to safely restart air travel.

“I think the sticking point is money,” said Dias, national president of Unifor, which represents about 15,000 workers in the airline industry. “The loan, the interest on the loan.”

Dias said talks between the airlines and the government originally focused on the prospect of a $7 billion loan to be repaid at 1 per cent interest over 10 years — but the final package could be substantially larger.

“It’s probably not inconceivable to be talking about $9 billion,” he said.

“This isn’t a bailout. I would argue this is a loan to the industry. Based on the time that has gone on and the added complexity to the negotiations, I would suggest to you that the $7 billion is now the floor, not the ceiling.”

Dias said he’s been speaking to both government and airline representatives and described the negotiations as “contentious and difficult.”

“My understanding is a solution is imminent,” he said. “But frankly, I thought it was imminent over a month ago, so we’ll see where this thing ends up. But it’s got to get done quick.”

Dias confirmed last night that, as first reported by the Toronto Star, Air Canada has agreed to refund passengers for cancelled flights as part of the talks. The news offered a public signal that a bailout deal is getting closer.

Air Canada said in a media statement that it can’t comment publicly on the bailout talks; its last public statement on the talks, issued Feb. 12, said only that the discussions were continuing.

The airline’s president at the time, Calin Rovinescu, said during a quarterly earnings call that government discussions had “picked up” to a pace that made him more confident in the outcome, but added there is no guarantee of a deal.

A Transport Canada official, speaking on background, told CBC News that the airline sector has received $1.7 billion through the federal wage subsidy program since the beginning of the pandemic.

The official added that any additional taxpayer support will come with strings attached — such as commitments from the airlines to refund passengers for flights cancelled during the pandemic, to restore and retain regional routes and to protect jobs. 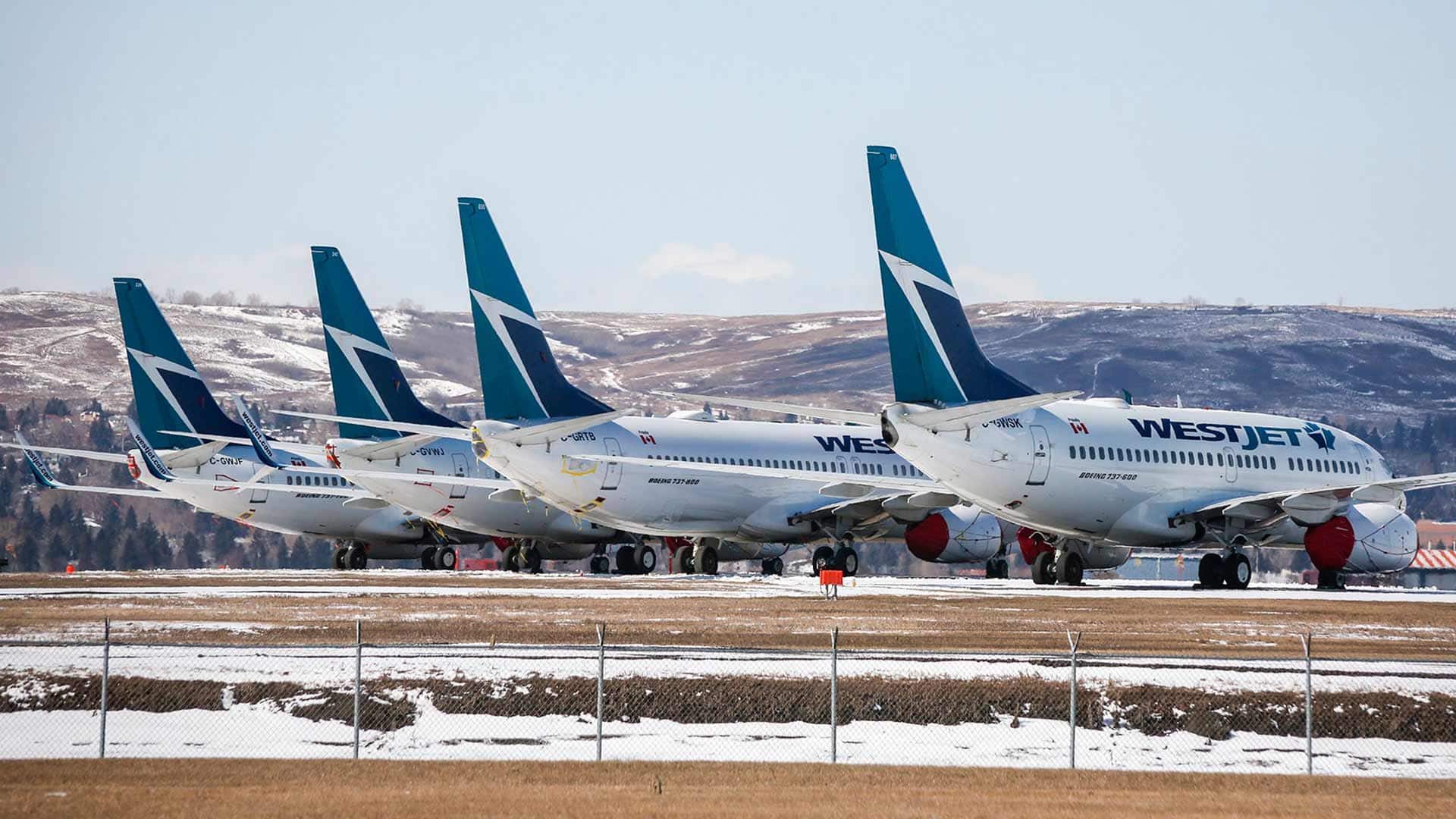 Ottawa and the airlines have entered the final stages of talks over a multi-billion dollar bailout deal as passengers await compensation for flights cancelled during the pandemic. 2:24

Minister of Infrastructure and Communities Catherine McKenna said today that “good progress [is] being made” on the deal. She also said that airlines offering passengers refunds for cancelled flights is a precondition for a bailout.

“That has been extremely important,” said McKenna. “We all hear from Canadians who want to be compensated, who want to get their refunds and I know a lot of hard work is going on by [Transport Minister Omar] Alghabra and also [Finance Minister Chrystia] Freeland to get a deal.”

Tensions at the talks

Sources say all of those involved in the confidential talks have signed non-disclosure agreements barring them from speaking publicly about the details. Deputy Finance Minister Michael Sabia is leading the negotiations for the federal government.

The Globe and Mail reported last month the government remains open to “some form of equity ownership in return for low-interest loans to the industry.”

WestJet’s demand for a plan to restart domestic air travel is causing some tensions at the talks, say sources. WestJet president and CEO Ed Sims has said his airline is not seeking a “bailout” and instead wants a recovery plan for the industry.

“We are not seeking policy that strictly supports our bottom line and, frankly, that is not what the nation needs,” Sims wrote to MPs and senators in December 2020.

WestJet said in a media statement today that it’s continuing to negotiate with the federal government and has nothing new to report. The airline also said it saw a 90 per cent reduction in passenger numbers over the past year.

‘Testing needs to be a priority’

“Given the economic realities created by quarantines and prolonged restrictions, we are advocating for the prioritization of a domestic travel plan and transparent policy to ensure the safe restart of travel,” said WestJet spokesperson Morgan Bell in a media statement.

“With broad vaccine distribution still months away, testing needs to be a priority for the Government of Canada and the relationship between testing and quarantine must evolve based on data and science.”

Andrew Gibbons, WestJet director of government relations, told MPs on the Commons transport committee last month that Canada needs to make domestic travel a priority and come up with a consistent policy, instead of leaving it to the provinces to draft their own travel restrictions.

“Given global uncertainty, Canada must prioritize domestic travel and negotiate a transparent and clear policy with provincial governments,” Gibbons said on Feb. 4. “This could be based on COVID levels or based on the per cent of the population vaccinated.”

Air Canada also has told the government that restarting the sector is a priority, said sources. The airline has been calling for testing at airports since last spring and has worked with the non-profit McMaster HealthLabs to seek alternatives to quarantine measures.

Prime Minister Justin Trudeau said on Jan. 29 the government is committed to safely restarting the travel and tourism sector when pandemic conditions improve sufficiently, and is committed to working with airlines on “the future relationship between testing and quarantine requirements.”

Perrin Beatty, president and CEO of the Canadian Chamber of Commerce, said a strategy to re-open the air travel sector should accompany the short-term bailout package.

“We need a plan and we need transparency,” said Beatty.

“[The government] should say, based on the information we have today, this is our best judgment on the basis of when it will be open. And these are the criteria that we’ll use to determine whether or not to reopen the economy or to restart travel.”

Goldy Hyder, president of the Business Council of Canada, said he fears Canadian airlines are falling behind because other countries’ governments have delivered financial supports already.

He said Canadians should also worry because losses incurred by airlines now could mean higher ticket prices and fewer travel options down the road.

“The longer we wait, the more likely choice will be limited and costs will be higher,” he said. “So helping the industry now will help Canadians when they’re ready to travel.”