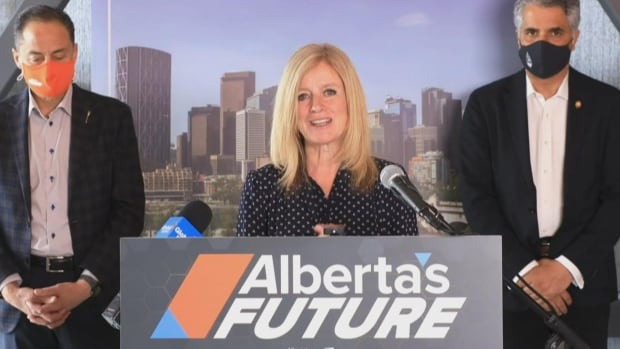 The Alberta NDP raised twice as much as the governing United Conservative Party in the first quarter of 2021, according to information released Friday by Elections Alberta.

The Official Opposition received $1,186,245 in donations during the period from Jan. 1 to March 31. Contributions came from 13,700 donors, including 2,600 who were donating for the first time

The UCP, meanwhile, raised $591,597 in donations that went to the central party as well as its constituency associations.

NDP Leader Rachel Notley, speaking Friday at an unrelated announcement in Calgary, said the fundraising totals show the government is out of touch with the concerns of Albertans.

She pointed to statements from Premier Jason Kenney that downplayed a shortage of substitute teachers and the numbers of children learning at home for the next two weeks due to rising numbers of COVID-19 cases.

“That kind of a disconnect with the actual experience of Albertans is driving a great deal of frustration,” Notley said.

“And I think that folks are looking for a government that will truly respond to their needs in an unprecedented time.”

“We are saving resources towards our Campaign Victory Fund now and believe that, with a successful vaccine rollout around the corner, we can start revving up our election readiness and fundraising machine later this year to pre-COVID levels,” Becker said.

The Alberta Party reported $48,194 in donations in the first quarter, followed by fledgling Wildrose Independent Party with $36,884. The Alberta Liberals took in $31,799 during that period.