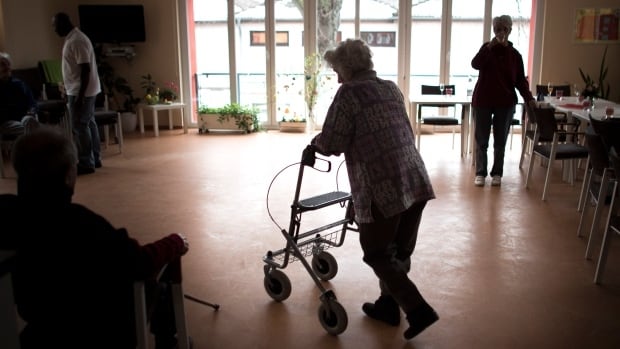 A new review into Alberta’s continuing care system is recommending the province shift more resources away from residential facilities into home care as a way to contain costs while demand for services surges over the next decade.

The $497,500 report by consulting firm MNP released Monday estimates the need for continuing care will grow by 62 per cent by 2030.

“To meet this growing demand, while ensuring suitability and affordability of the system, a significant shift is required such that a greater portion of continuing care services are delivered in the home/community through long-term home care (LTHC) services rather than through FBCC (facility-based continuing care),” the report says.

By 2030, the new formulas would save $452 million in annual operating costs and a cumulative savings of $1.7 billion in capital spending.

While calling for more efficiency, the 217-page report also recommends increases in the number of hours of care for each resident, a greater proportion of full-time workers and a stable workforce to allow residents to see the same people each day.

Prior to the pandemic, 69 per cent of (health care aides) and 74 per cent of RNs in FBCC sites worked part-time or casual hours.

Increasing care hours to the levels recommended in the report would require staff equalling an additional 5,552 full-time equivalents at an additional cost of $410 million.

The report says Alberta needs to improve working conditions and training for staff who work in institutional long-term care settings.

The report also calls on continuing operators to offer employees the ability to work full-time, receive higher wages, benefits, overtime and sick pay, so they don’t run into severe staffing shortages during an outbreak or pandemic.

The Alberta government is taking immediate action on some recommendations and reviewing others.

Health Minister Tyler Shandro said seniors newly admitted to long-term care will no longer be placed in a room where there are already two other people.

Shandro said the transition of ward rooms to semi-private rooms will start right away but moving to all-private rooms is something the government will have to study.

Other recommendations, particularly about staffing, will be studied over the summer, with an aim to coming up with an implementation plan this fall.

Shandro wouldn’t make any commitments about staffing changes, noting that anything that costs a significant amount of money has to be approved by cabinet.

“I’m looking forward to working with the ministry on how the action plan is developed and how we can move forward with these recommendations,” he said. The government is aiming to make changes via new legislation.

Edmonton-Riverview MLA Lori Sigurdson, the NDP Opposition critic for seniors and housing, raised doubts about whether the recommendations in the report will ever be implemented.

“The recommendations in this report are totally disconnected from the UCP’s budget for continuing care, which increases at less than one per cent over the next two years, which is a real-world cut when considering inflation and population growth,” she said in a news release.

“[Shandro] failed to bring in a workforce strategy to keep residents and staff safe. He continues to ignore calls for paid sick leave, which is an obvious and immediate step that would keep people safe”