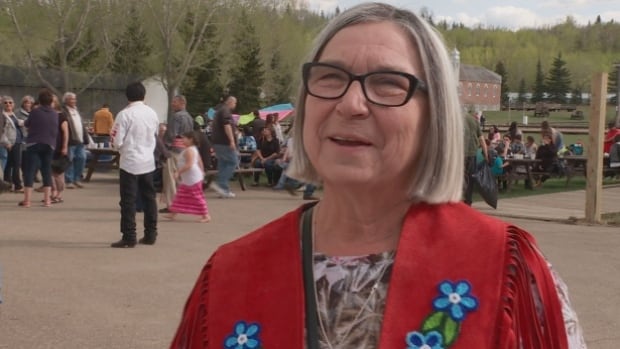 The Métis Nation of Alberta is suing the provincial government, claiming it has abandoned its obligation to negotiate with Métis people.

“It is exhausting and disheartening for the Métis, who proudly call this province home, to have to spend so much time, effort and money fighting the Crown for our basic constitutional rights,” MNA President Audrey Poitras said on Monday. “But, we will never give up.”

The provincial government denies the allegations in documents filed with the Court of Queen’s Bench.

It argues the courts have no authority to overrule policy decisions, and asks the judge to dismiss the case.

At issue is the MNA’s plight to secure a Métis consultation policy with the province. It would compel, for example, oil and gas or forestry companies to consult with affected Métis people in a region of the province when they’re planning a pipeline or other project.

Poitras said the government has such agreements with Alberta First Nations, and the province’s eight Métis settlements, but not the province’s 47,000 Métis people as a whole — many of who do not live on settlements.

At a news conference organized by the NDP, she said the lack of agreement renders many Métis people second-class citizens.

The statement of claim cites internal government documents that say without an agreement in place, companies will face greater risk and uncertainty when planning projects, not knowing if they could be delayed by court challenges or protests.

The organization alleges consultations toward an agreement halted after the United Conservative Party government took power in April 2019. Poitras said Indigenous Relations Minister Rick Wilson sent a terse letter saying the deal was off without explaining why.

Jason Madden, a lawyer for the MNA, says the about-face by the government amounts to bad-faith negotiations after five years of work. The move sends a problematic message in a time when Indigenous peoples are calling for reconciliation, he said.

A duty to negotiate with Indigenous peoples is a precedent set by the Supreme Court of Canada, he said, and this is a test case of that principle.

He said Alberta is the outlier in the Prairies by lacking a Métis consultation policy.

The organization wants the court to overturn the government’s decision not to ink a consultation policy.

In court documents, the government argues the court doesn’t have that power to change government policy, and asks it to dismiss the MNA’s application.

The government argues there is division among Métis people about which organization or leaders represent their interests. It says some local groups wanted to consult directly with the government, rather than relying on the MNA.

None of the allegations have been proven in court.

Although a written statement from Wilson’s office said they would not comment while the matter was before the courts, Wilson responded to the Opposition in the legislature by pointing fingers back at the NDP.

“They had four years to get this done,” Wilson said. “Did it happen? No. A lot of talk over there, a lot of action over here. We’re going to carry on working with the  Métis Nation. Great bunch of people and I love working with them.”

Premier Jason Kenney also pointed to other, unrelated agreements his government has struck with the MNA.

A court hearing in the case is scheduled to begin Thursday.