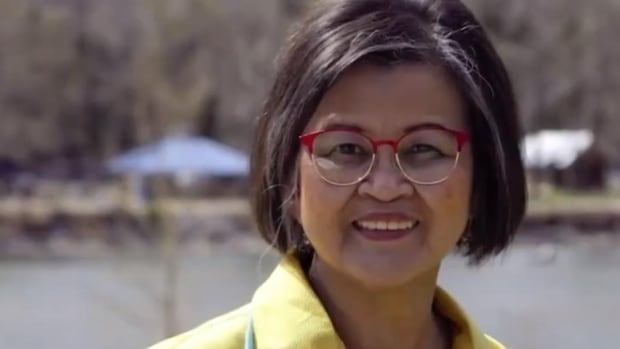 Marichu Antonio has become the first woman of colour to be named Calgary’s Citizen of the Year.

The award recognizes a Calgarian who within the past five years has made extraordinary contributions to the community that have improved the quality of life in the city, or brought recognition to Calgary.

Antonio is the executive director and a founding member of ActionDignity, an organization that works to make Calgary a just and equitable society for all.

She received the distinction virtually during Monday’s city council meeting as part of the Calgary awards that first started in 1994.

“It’s such a meaningful award for me, because people usually see you as a newcomer to Canada, an immigrant who represents only your culture,” said Antonio, who immigrated from the Philippines in 1996.

“But being recognized by the city as a Citizen of the Year, it broadens how you see yourself and how you contribute to making life better for Calgarians. That means a lot to me,” she told host Doug Dirks on CBC’s The Homestretch.

Giving a voice to underrepresented groups

Antonio’s organization, ActionDignity, works with various ethnocultural communities and people of colour to engage them in finding solutions to issues that impact diverse communities at various policy and systems levels.

It was founded in 2001 in direct response to the anger and racism wrongfully directed at Muslims and other people of colour in Calgary after 9/11.

Antonio says she’s most proud of the work her organization carried out during the pandemic to connect multilingual and diverse communities, as well as those affected by the Cargill meat packing plant outbreaks, with resources and support during difficult times.

“ActionDignity spearheaded the multilingual emergency hotline, where people who speak different languages and come from different cultures could call us and communicate with our cultural brokers in their first language, and in a way that they are respected and treated with dignity,” she said.

The organization also provided individuals with culturally appropriate food, helped with quarantine procedures, and supported community members with paying rent, accessing benefits, and advocating for their own health and safety in their return to work.

Antonio says there’s still much work to be done to combat racism and ensure people of different backgrounds can take part in decision-making in Calgary.

While she’s retiring this year as ActionDignity’s executive director after 12 years at the helm, she has no plans to stop working toward that goal.

“Anywhere you go in this world, you still have to be involved in making significant changes and contributions for the betterment of the life of the future generations.”