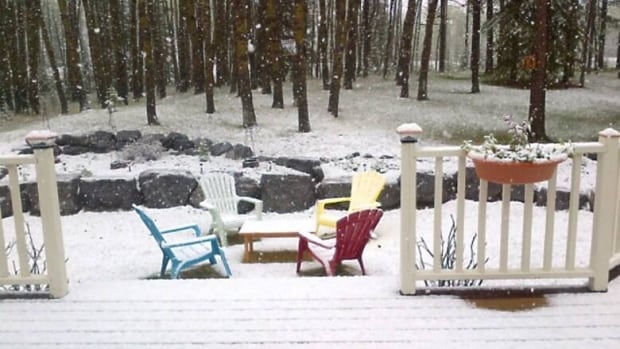 Contrary to the old saying that March weather ought to go out like a lamb, the lion wakes Sunday night in Alberta.

Actually, the band of “active spring weather” forecast by Environment Canada will begin Sunday and carry through into next week.

A special weather statement released early Sunday by Environment Canada for Edmonton, St. Albert and Sherwood Park is calling for everything from rain showers and isolated flurries to thunderstorms and strong winds.

“Bursts of heavy snow accompanied by strong winds will result in quickly changing and deteriorating travel conditions,” according to the release.

Wind gusts are expected to reach between 70 and 90 km/h, stated the release. Environment Canada said western Alberta will start seeing the weather by late Sunday morning, while the Edmonton region will be affected in the late afternoon.

Apart from parts of northwest Alberta in the areas of Grande Prairie, Peace River and Slave Lake, the rest of the province is covered by series of weather alerts for high winds, heavy snow and winter weather. Most of these alerts stretch through until Tuesday.

In Calgary, wind warnings are in effect with gusts expected up to 100 km/h.

Intense snowfall in the Calgary area is also expected Sunday night and Monday morning, which could reduce visibility when combined with high winds.

Need something to look forward to? The current forecast for April 1 in both Edmonton and Calgary calls for sun and temperatures of at least 15 C.