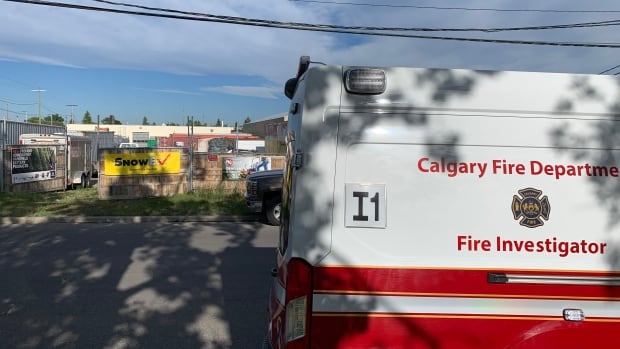 A man suffered burns and a firefighter was injured in a fire Tuesday morning in an industrial park in northeast Calgary.

Firefighters were called to the 200 block of Moraine Road at 5 a.m. MT to find heavy smoke and flames coming from a trailer, threatening to spread to surrounding buildings and unoccupied trailers in the commercial yard, the Calgary Fire Department said in a release.

Access to the area was limited and firefighters had to force access to the yard. Once crews got the fire under control and were able to reach the trailer, they found a man inside who had suffered burns and smoke inhalation.

He was treated by paramedics and sent to hospital with serious injuries.

A firefighter was also treated on-scene for minor injuries.

The cause of the fire is being investigated and fire crews will remain for the next several hours to ensure hot spots don’t reignite.

Damage to the surrounding buildings was minor, said the fire department.