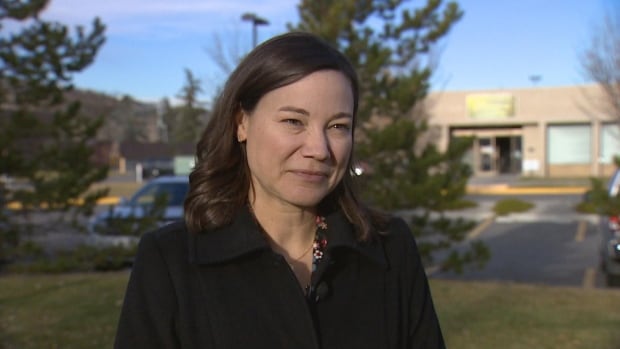 Two Lethbridge police officers have been put on suspension after a disciplinary hearing that saw the officers admit to unauthorized surveillance of former Alberta environment minister Shannon Phillips in 2017.

The two followed and photographed the minister during and after a meeting about NDP plans to increase environmental protections in the Castle region of southwest Alberta.

Both officers were involved in the off-roading community, whose members were upset by NDP plans to restrict off-road vehicle use in the environmentally sensitive area.

The disciplinary hearing found multiple breaches of police regulations. The penalty decision accused the officers of “using your position as a police officer for your personal advantage or another person’s advantage” and included charges of corrupt practice, discreditable conduct and acts of deceit.

“If an officer in this town or officers are going to place someone under surveillance because they don’t agree with them, what does that mean for overall community safety?” Phillips said in a press conference Monday. “We trust police officers to keep our communities safe … we don’t expect them to initiate these threats or use their positions of authority to intimidate an elected official.”

On April 14, 2017, Phillips, the former environment minister and MLA for Lethbridge-West, held an informal breakfast meeting at Chef Stella Diner in Lethbridge to discuss the proposed new provincial park.

According to an agreed statement of facts, Carrier was seated nearby with other officers on a break, and after overhearing Phillips’ conversation, texted Woronuk to join him.

Woronuk, who was an acting sergeant on duty that morning, joined and also took a photo of Phillips and the stakeholders.

As they were leaving the diner to resume their shifts, Woronuk said to Carrier he “would hate to see Phillips drive away from the restaurant and there was a reason to stop her,” according to the agreed statement of facts.

Woronuk admitted to then following one of the stakeholders as they left the meeting, running their licence plate, and sending a screenshot to Carrier. He said there was no lawful reason to run the screenshot and said his actions were motivated by his personal and political views.

The following day, Woronuk posted a photo of Phillips alongside a caption criticizing her and her government to Facebook, under the alias “Mike Corps.”

After learning of the post, Phillips made a complaint to Calgary police.

Calgary police investigated, and after discovering the unlawful licence plate search, passed their investigation on to Medicine Hat police, resulting in charges being laid.

“A police officer must be … seen to be impartial in the execution of their duties. There is no other way to police. This is a matter where the cited officers put their self-interests ahead of their oath of office and responsibilities,” Supt. Paul Manuel wrote in his decision.

“I share in the outrage being expressed by many following this news,” he tweeted Monday.

Tonight I was informed of two Lethbridge police officers who had been conducting an unauthorized surveillance of MLA Shannon Phillips in 2017. I share in the outrage being expressed by many following this news.

Woronuk will be demoted from senior constable to first-class constable for two years, after admitting to two counts of corrupt practice, as well as discreditable conduct, deceit and insubordination under the Police Service Regulation.

Carrier admitted to one count each of discreditable conduct and neglect of duty, and will be demoted from sergeant to senior constable for one year.

Phillips said she was only made aware of the demotions Sunday.

She said she will be calling on the justice minister to appoint a special investigator to look into the matter.

CBC News has reached out to the three police services involved in the disciplinary proceedings for comment and has yet to receive a response.