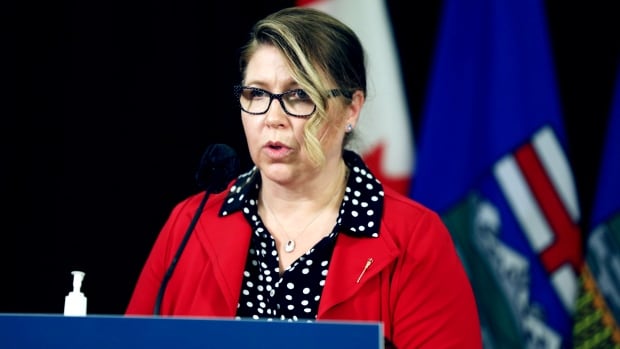 Premier Jason Kenney took responsibility for not being clear about travel rules for MLAs after news of Alberta Municipal Affairs Minister Tracy Allard’s Hawaii vacation was revealed. He also ordered Friday that MLAs should not leave the country unless it’s for government business.

Allard is now home in Grande Prairie, according to Kenney. He said she was still working and participating in calls while she was on vacation with her family.

He said he wouldn’t be sanctioning Allard or others in government who travelled, as they did not break the law, and he said he was not clear with staff about whether or not they should be travelling.

Any United Conservative Party government officials who were abroad during the holidays are now back or on their way back to Alberta, Kenney said. He said he’s confident they have all complied with any quarantine or legal requirements everyone must follow if they travel.

“I immediately contacted the minister and asked her to return to Alberta, which she did,” Kenney said at a news conference. He said he became aware Allard was in Hawaii on Tuesday.

“Nevertheless, I recognize that those of us in positions of public trust must maintain a higher standard in our personal conduct than is expected of the folks in the general population.”

The opposition NDP called for Allard to resign.

“She vacationed while Albertans have been sitting in their homes through the holidays, following strict public health orders and separated from family and friends while waiting on the vaccine,” NDP municipal affairs critic Joe Ceci said in a news release on Thursday.

Kenney said he believes caucus members and other staff who travelled over the holidays were acting in “what they believed to be good faith” but reiterated that that was not good enough.

“People are right to be frustrated with that,” he said.

He called the trip a “significant error in judgment.”

Ontario’s finance minister, Rod Phillips, also said he “made a significant error in judgment,” and resigned after he returned from a trip to St. Barts on Thursday. Quebec Liberal member Pierre Arcand said earlier in the week he regretted his decision to take a trip with his wife to Barbados.

Prime Minister Justin Trudeau remained in Canada for the holidays, as confirmed by his spokesperson. Addressing travel rumours, Alex Wellstead said Trudeau is at home with his family.