So she was floored when Toronto police contacted her in 2002 to tell her there was a warrant out for her arrest after skipping bail in Calgary.

The Toronto woman says she explained to police there had to be some mistake and the officers realized someone had likely impersonated Obaseki. Investigators then asked her to take a look at the photo of the woman who was arrested and charged with credit card fraud using her name.

“I went in and they showed me the picture, low and behold, it was someone I know,” Obaseki told CBC News. “I said, ‘Oh my god, Christee.'”

Obaseki says she recognized the woman in the photo immediately as Christee Imuya, a classmate from her high school days back home in Nigeria — who Obaseki knew had also moved to Toronto.

She says police told her not to contact Imuya and to steer clear of her in the future. CBC News reached out to Imuya for comment on this story, but did not receive a response.

“I never got a call from police ever since,” said Obaseki. “So I thought the situation was dealt with by police.”

Turns out, for Obaseki, it wasn’t.

Nearly two decades later, Obaseki discovered that she and Imuya were still considered the same person in the Canadian Police Information Centre (CPIC), the national electronic police database maintained by the RCMP.

In practical terms, that meant that for roughly 18 years a CPIC search on Obaseki would show that she was also known as Imuya, and that she’d been charged with, but not convicted of, several criminal and immigration offences.

But that fact isn’t of much comfort to Obaseki who believes the CPIC record affected her family’s ability to visit her in Canada.

“That is the most painful part for me,”she said. “It affected me and my family.”

Obaseki tried to bring her sisters and mother to Toronto to visit from Nigeria multiple times but the visitors’ visas were always denied. Until last year, she thought it was just because her family didn’t qualify.

She found out about the CPIC record just before she was supposed to be interviewed as a witness in an immigration appeal hearing for her sister, whose husband was trying to sponsor her to come to Canada.

CBC News has reviewed a copy of the results of a CPIC search an immigration official did on Obaseki in February 2020. The record identifies Obaseki as the same person as Imuya. It lists credit card, fraud and theft charges which were all later withdrawn and one charge that ended with a peace bond. The record also lists immigration charges that ended in an acquittal.

WATCH | How Joyce Obaseki felt when she found out about false criminal record: 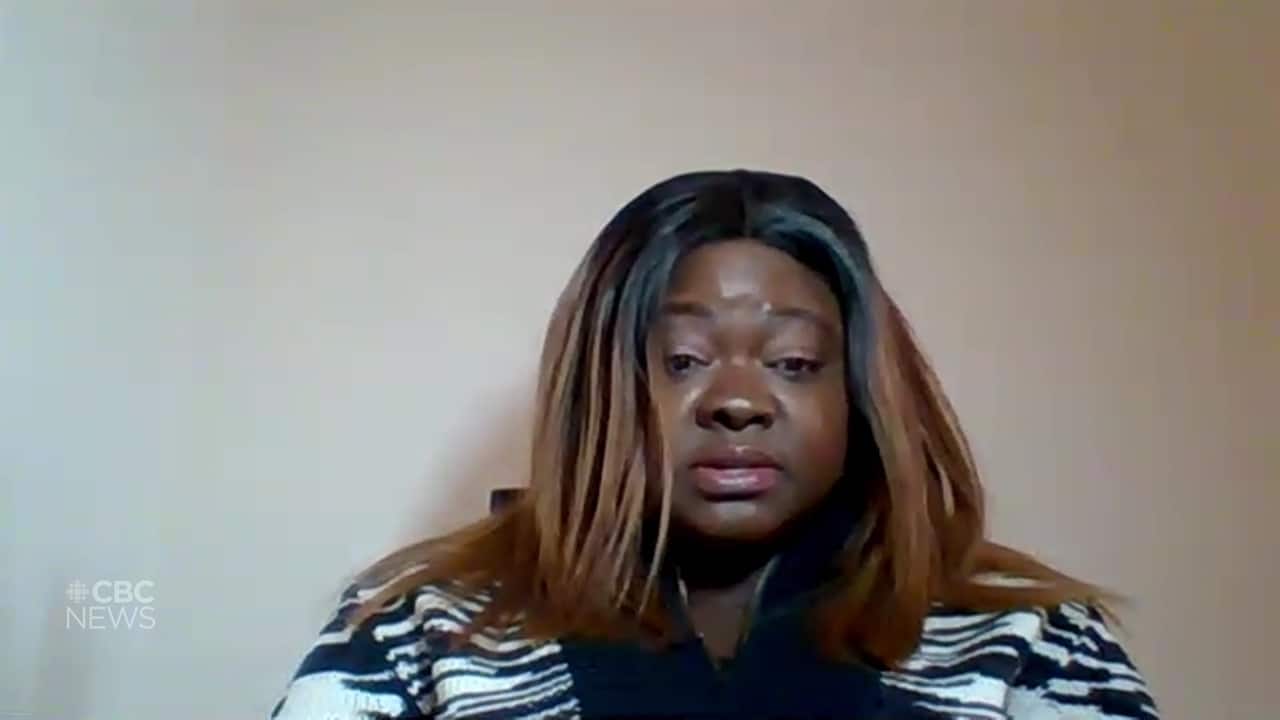 Joyce Obaseki found out about that another woman’s criminal charges were linked to her name just before she was supposed to be interviewed as a witness in an immigration appeal hearing for her sister, whose husband was trying to sponsor her to come to Canada. 0:41

As part of the immigration appeal for Obaseki’s sister, her family obtained transcripts from Obaseki’s past attempts to bring her mother and sisters to Toronto on visitors visas. In one of those transcripts an immigration official references Obaseki’s “issues with respect to fraudulent credit cards in Calgary.”

“The shock, and the embarrassment and the pain, how do I explain that to my family?” said Obaseki. “It robbed me of my credibility, somebody with such a long list of criminal records, would you invite such a person to your house?”

Once Obaseki found out about the record falsely identifying her as Imuya she got to work trying to figure out how to remove her name from Imuya’s charges. After months of going back and forth with police, Obaseki hired a lawyer to help her last fall.

In November, Obaseki received a report from the RCMP confirming that the fingerprints she submitted to them do not match “any immigration-related file or existing criminal record” in the police service’s national database.

The following month Obaseki’s lawyer emailed a complaint to the RCMP with the record of the fingerprint search to prove that Obaseki and Imuya are not the same person, and to ask that Obaseki’s name be removed from the record.

‘Up until then it was hell for me’

Earlier this month Obaseki received confirmation from the RCMP that her name has been removed “from the criminal record belonging to Christee Imuya,” according to a letter from the RCMP.

“It was a huge, huge relief,” said Obaseki. “It was like some heavy body lifted off my shoulders. Up until then, it was hell for me — I don’t sleep at night. I think about it every day.”

In a statement to CBC News, RCMP spokesperson Robin Percival said the service is “pleased that the matter was resolved.”

Percival also explained that individual police services are responsible for verifying the identity of individuals before submitting biographic information to the CPIC database. Unless there’s a fingerprint match to an existing record in the database, the RCMP says it can’t confirm the identity of the individual.

Obaseki says police told her that when Imuya was first fingerprinted in 2002, she used Obaseki’s name, which is why the initial CPIC record had her name attached to it — and why Obaseki’s true fingerprints were required to clear her name.

While she’s relieved that her name is no longer on Imuya’s record, Obaseki still has questions for Imuya and wants her to be held accountable for the effect she’s had on Obaseki’s life.

“I want her to face the consequences,” said Obaseki. “She cannot be walking free and then I have to suffer all this loss, my family has to suffer this.”

“I’m hoping to get justice.”

Calgary police told CBC News the service issued a warrant for Imuya’s arrest for impersonating Obaseki back in 2002.

The warrant remains outstanding in Alberta.