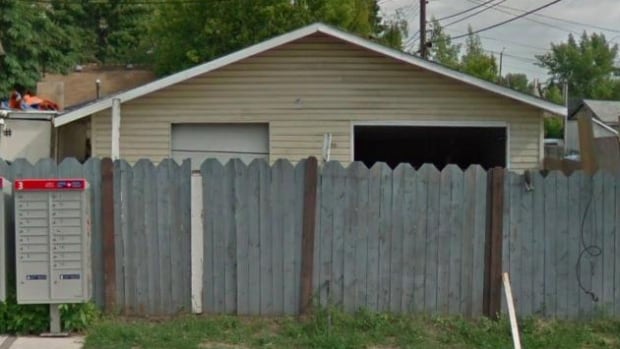 A Calgary man who held a victim hostage in a garage for two days after beating him so badly bones were broken in his face, foot and hand has been handed a four-year prison term.

In 2015, Collins held a man in a garage after the girlfriend of the victim stole drugs from him. The victim, Stephen Wells, was able to escape after he managed to text his mother who called police.

With credit for the time he’s already served, Collins has about seven months of his sentence left.

Details of the crime come from an agreed statement of facts (ASF) signed by all parties including Collins.

In November 2015, Wells — no relation to the prosecutor — and his girlfriend Cheryl Morrell were homeless and addicted to drugs.

Collins allowed the couple to stay in a garage in the southeast community of Forest Lawn.

On Nov. 30, Collins confronted the couple at a nearby McDonald’s after he realized Morrell had stolen meth from him. He told them they were “going to get it,” according to the ASF.

Wells was scared and called his mother, asking for money so he could pay Collins for the stolen drugs.

He met up with his mother and then returned to the garage.

There, Collins threatened Wells, telling him he’d break his arms and his legs and said when he found Morrell, he would “tum her out” and force her into prostitution.

While a friend of Collins blocked the exit, Collins attacked Wells “with his fists and with a piece of wood resembling a baseball bat.”

Wells was knocked unconscious and when he came to, Collins was tying his boots together while a friend took the $240 from the victim’s wallet.

Over the next two days, Wells was held in the garage. He had a broken nose, hand and ankle, among other injuries.

On Dec. 1, Wells was allowed use of his cell phone to contact his mother in order to get more money from her. He managed to alert her that he was being held against his will and needed police.

On the afternoon of Dec. 2, police “stormed the garage” and rescued Wells who was taken to hospital and released the next day.