Juuso Valimaki and the Calgary Flames have been talking a lot lately about the importance of quality starts.

Valimaki scored four minutes into the game as a three-goal first period staked Calgary to a 6-3 victory over the hometown Ottawa Senators.

“It’s kind of stayed in the talk stage but we haven’t been able to really do it,” Valimaki said. “So to be able to do it, it’s probably going to give us confidence that we can do it and that’s the way that we’ve got to play.

“We’ve got to carry it on to the next game again.”

WATCH | Flames avenge Thursday defeat to even series in Ottawa: 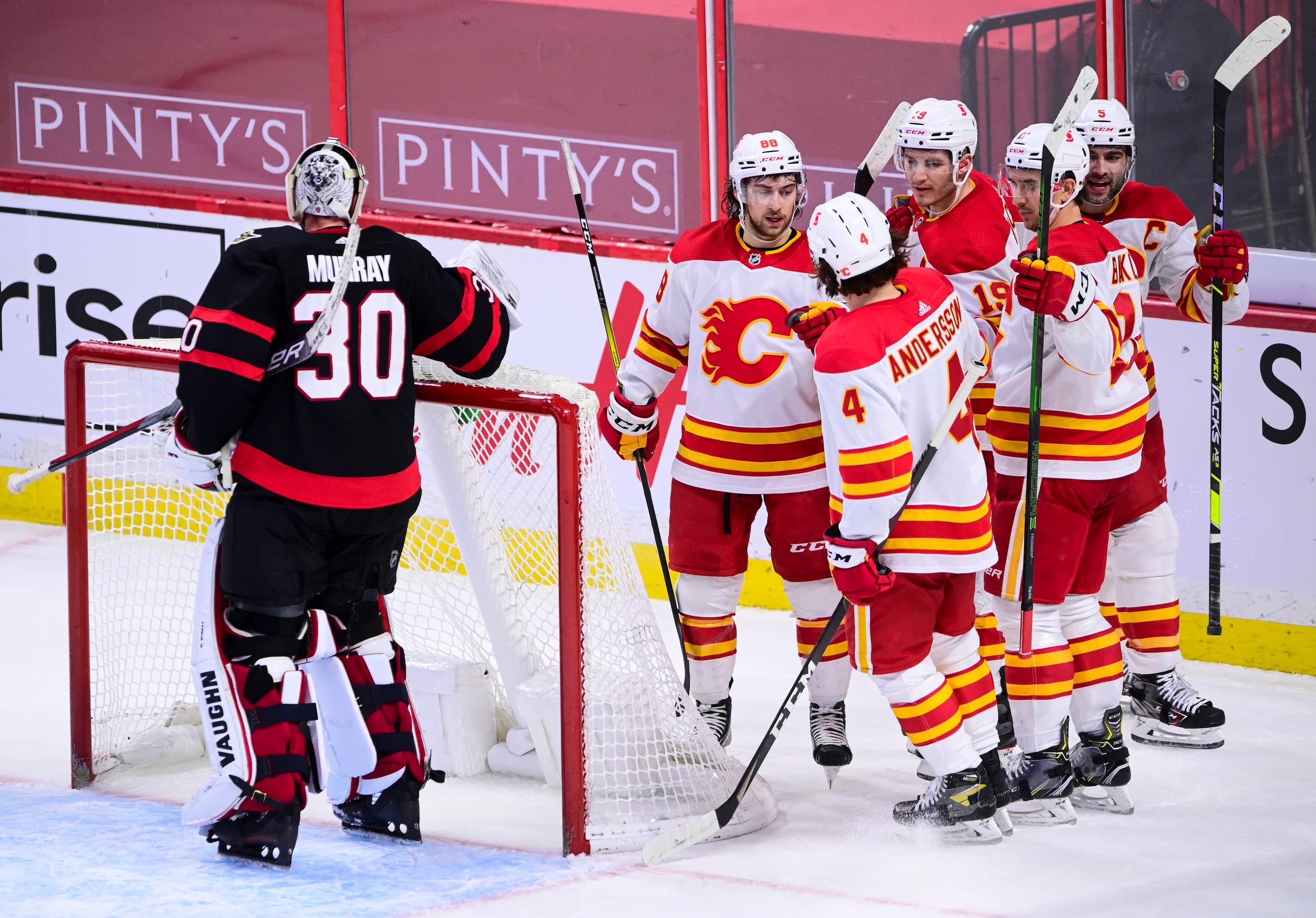 Mikael Backlund and Elias Lindholm had the other early goals for the Flames, who ended Ottawa’s three-game win streak. Sean Monahan, Andrew Mangiapane and Matthew Tkachuk also scored for Calgary.

Drake Batherson, Colin White and Brady Tkachuk replied for the last-place Senators. Ottawa (7-15-1) remained in the NHL basement with 15 points.

Calgary (10-10-2) moved into a fourth-place tie with Montreal in the North Division with 22 points. The Canadiens were scheduled to play the Winnipeg Jets on Saturday night.

The speedy Johnny Gaudreau zipped around a couple of Ottawa players before sending a backhand saucer pass to Valimaki for the one-timer. The Flames scored again 37 seconds later as Backlund flipped a rolling puck past a handcuffed Matt Murray.

Perhaps in an effort to spark his teammates, Austin Watson fought bruising Flames forward Milan Lucic on the ensuing faceoff. Lucic, who had a 35-pound weight advantage, won the decision.

Calgary took advantage of some sloppy defensive play ahead of its third goal. Josh Norris turned the puck over deep in the zone and Lindholm snapped it in at 11:05.

“We didn’t really answer in the first,” said Ottawa defenceman Thomas Chabot. “It was one of those [days] where it didn’t go our way.”

Batherson extended his goal-scoring streak to five games with a power-play effort at 13:05. He beat David Rittich with a wrist shot from the faceoff circle.

Another Senators’ defensive lapse proved costly early in the second period as Chris Tierney coughed up the puck down low. Gaudreau fed it to Monahan for the power-play goal at 4:02.

A Calgary shorthanded goal followed at 9:36. Mangiapane hit the post with a redirect attempt before tapping in the rebound.

White responded 40 seconds later by scooping a loose puck off the faceoff and snapping it past a screened Rittich.

The lone goal in the third period came when Brady Tkachuk scored on the Ottawa power play at 10:00.

Murray stopped 27 of 33 shots before being pulled in the third period. Joey Daccord came on in relief and stopped all five shots he faced in his season debut.

Rittich had 31 saves for Calgary.

The Senators dumped the Flames 6-1 on Thursday night. The teams will face off again Monday in the finale of Ottawa’s five-game homestand.

WATCH | Senators pour it on Flames in series opener: