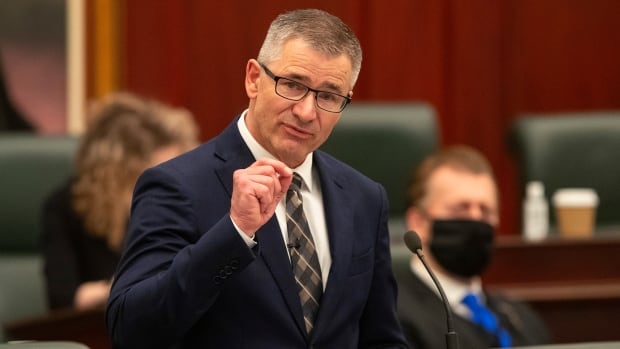 The federal Liberal government pledged $30 billion for a national child-care program over the next five years, but with an expectation that provinces and territories will pitch in matching funds for most of it.

In the legislature Tuesday, Premier Jason Kenney said his government would look at the federal government’s proposal, but said he fears it is too narrow.

“If it is, as it appears to be, a cookie cutter approach — 9-to-5, government run, union operated, largely urban care that excludes shift workers, largely excludes rural people, excludes informal forms of child care, that would not meet the needs of most Albertans,” he said.

Provincial governments in Ontario and New Brunswick have also expressed skepticism about the program.

The Alberta government has said only one in seven families in the province uses licensed child care and that people value choice and flexibility.

Notley said the Alberta government should commit to participating in the national program as soon as possible to get more parents — particularly women — back into the workforce.

“It’s absolutely unquestionably the best investment any government can make in economic recovery,” she said of funding child care.

The COVID-19 pandemic and accompanying economic blows have disproportionately hit women, in a phenomenon known as the “she-cession.” Thousands of women worked in hard-hit industries that laid off workers, and others stayed home to care for children bumped out of shuttered daycares and schools.

“Our commitment to Albertans is that we will go it alone,” she said of the former provincial program. “There will be no more delays, should we ever have the privilege to form government again.”