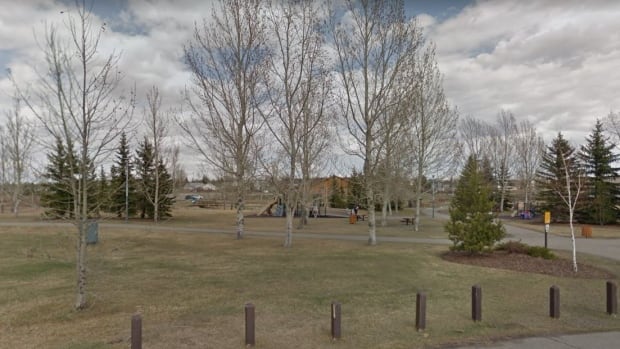 RCMP are looking for the man who assaulted a boy and his father after they requested that the stranger put his dog on a leash at a public park in Airdrie, Alta.

The incident happened at Nose Creek Park on May 14 at about 10:05 p.m, according to a release on Monday.

The culprit was in the park with a woman and a child, along with his unleashed dog.

“The victim indicated that his children were afraid of the dog and asked for it to be leashed. Shortly after this request was made, the male suspect assaulted a youth male and his father,” the release said.

RCMP are asking for anyone with surveillance cameras near Nose Creek Park to review their images from May 14 between 9:30 p.m. and 10:30 p.m.

The suspect is white, of an average size and was wearing a grey baseball cap.

Anyone with information is asked to contact the Airdrie RCMP at 403-945-7200 or their local police or Crime Stoppers.