A formal farewell to Walter Gretzky, the famed Canadian hockey patriarch, focused on his faith, his family and his love of the game during a pandemic-adjusted funeral service held in his hometown of Brantford, Ont., on Saturday afternoon.

“He was a remarkable man who loved life, loved family,” his son, hockey legend Wayne Gretzky, said Saturday, as he paid tribute to his late father inside St. Mark’s Anglican Church.

“We’d be a way better world if there were so many more people like my dad.”

Walter Gretzky, died on Thursday at the age of 82. He left behind his five adult children and 13 grandchildren.

Due to the COVID-19 pandemic, mourners wore masks at the service, which was limited to family and located just a few blocks from the home where Gretzky and his late wife, Phyllis, raised their family.

WATCH | A look back at the life of Walter Gretzky: 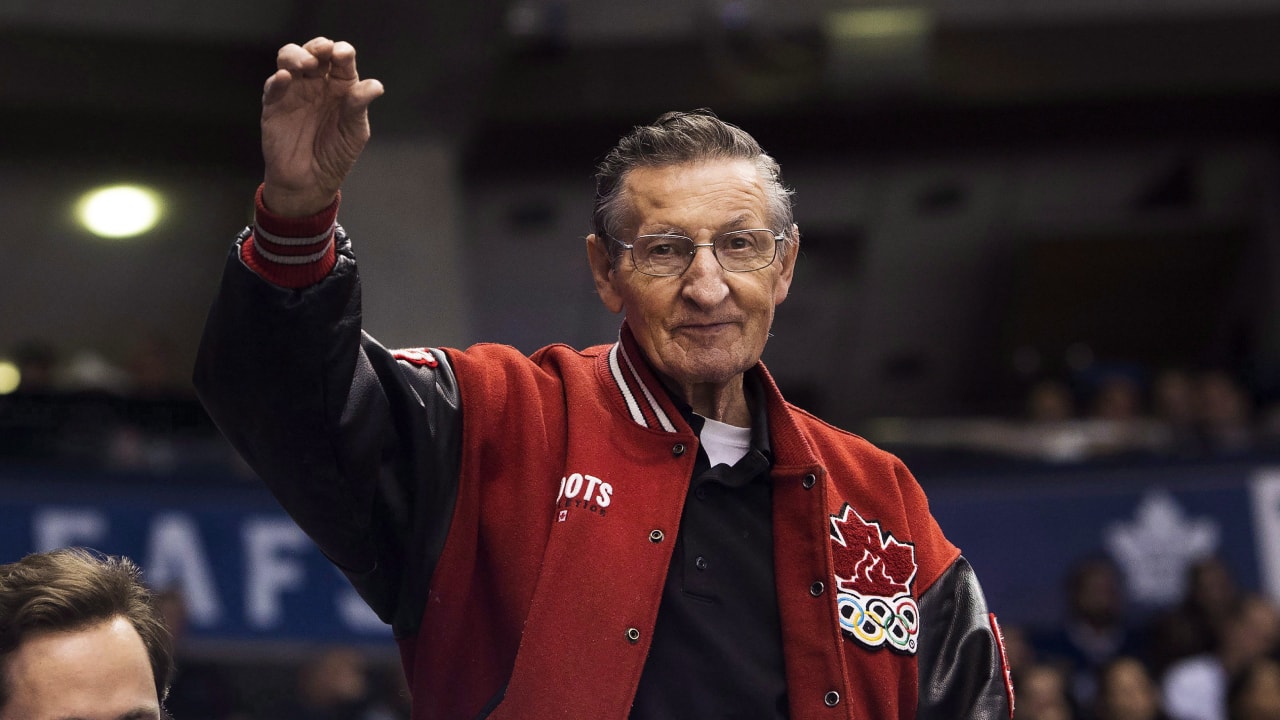 CBC Sports remembers the life and times of Canada’s most famous hockey dad. 2:13

Walter Gretzky’s parents were immigrants, and Wayne Gretzky said his father, who was appointed a member of the Order of Canada, grew up to be a very patriotic individual.

“I don’t think I’ve ever met a prouder Canadian than my dad,” he said.

But Walter Gretzky also loved hockey — so much so that the game wove its way into family history in many ways, including when Wayne Gretzky’s brother Brent, a fellow future NHLer himself, was born.

Wayne recalled that his father, who played minor and Junior B hockey, missed Brent’s birth due to a hockey tournament out of town.

“On a Friday night, we were going to the tournament, and my mom said to him: ‘Walter, we’re going to have this baby this weekend,”” Wayne Gretzky said, recounting the tale during the service.

Brent Gretzky was born the next day, and Walter Gretzky took a lot of ribbing about having missed his delivery — and he had one comment to make after one too many people chided him for what happened.

“He was so mad,” Wayne said. “He stood and he grabbed the trophy and he goes, ‘Yes, but we got the trophy!”‘

‘We’re all going to miss Wally’

Tim Dobbin, the religious official delivering the homily at the service, described Gretzky as a gregarious and generous man who always made time for others.

“This is a painful day for us, another chapter in our lives is drawing to a close,” Dobbin said.

“We’re all going to miss Wally.”

Hockey Night in Canada fans would recognize the theme that was briefly played on the church organ as the funeral came to an end, and the casket with Gretzky’s body was carried outside. An interment ceremony was to take place at the Farrington Burial Ground, according to an online obituary.

As the funeral cortege left the church, people on the street — some wearing hockey jerseys — gathered along the sidewalk and gently tapped hockey sticks in tribute to Gretzky. Hundreds of people were there, according to a report from The Canadian Press.

Prior to Saturday’s funeral service, Brantford Mayor Kevin Davis called Gretzky’s passing “a profoundly sad day for all those who knew and loved Walter,” saying the hockey patriarch’s impact on his community extended beyond the ice.

How Walter Gretzky helped make The Great One great. 5:53

Glen Gretzky told the Brantford Expositor that his father had dealt with a series of health issues over the years. He said family had gathered at his father’s Brantford home to be with him in his final hours.

“We always said he’s had nine lives,” Glen said. “But he was unbelievable. He just wouldn’t stop and nothing would keep him down.”

It was in Brantford that Walter Gretzky famously built a backyard rink where Wayne, who would go on to be known as the Great One, honed his hockey skills from an early age.

“His birthday falls in January, so it was the winter that he turned three that he had skates on,” Walter Gretzky said, when recalling Wayne’s early days during a conversation with CBC back in 1982, as his eldest son was playing in the NHL playoffs.

That support continued throughout Wayne Gretzky’s pro hockey career, something that the people who shared the ice with No. 99 noticed.

“We all know that the relationship between Wayne and Walter was incredible,” Mark Messier — the Hall of Fame hockey player who won four of his six Stanley Cups playing alongside Wayne during his Edmonton days — told CBC News recently.

“I think it’s something to be emulated, the way he nurtured Wayne.”

That included supporting his famous son when a controversial trade sent Wayne Gretzky to the Los Angeles Kings in 1988.

“If Wayne is going to be happy there and he enjoys it, then certainly I won’t regret it,” his father said at the time.

Walter Gretzky was also on hand for the day his son became the NHL’s all-time points leader.