Here is the detailed regional breakdown of active cases as of Saturday.

Documents obtained by CBC News show frustration at an Edmonton cancer centre due to its exclusion from Alberta’s first phase of vaccinations.

The memos detail the unsuccessful efforts from leadership at the Cross Cancer Institute to have Alberta Health Services make its health-care workers eligible for immunization during Phase 1.

“I am sure that many of you will be as frustrated as I am with this decision,” he said in the email.

“It is taken from the perspective of acute care hospitals and ignores the critical nature of the CCI in delivery of cancer care for the northern half of the province.”

All seniors aged 75 and older will be able to book appointments for COVID-19 vaccines beginning next Wednesday, Premier Jason Kenney announced Friday during a press conference.

He also announced that residents of lodges and other continuing care facilities will be offered the vaccine beginning right away.

Kenney said Phase 2 is expected to begin in April, pending vaccine being available. It will include anyone aged 50 to 74, anyone with high-risk underlying health conditions, First Nations and Métis people aged 35 or older, and residents and staff of congregate living settings and eligible caregivers.

According to a news release, details about qualifying underlying health conditions will be released before Phase 2 begins.

Health Minister Tyler Shandro also spoke at the news conference, explaining that data shows Indigenous adults are more likely to have high-risk underlying health conditions, which is why they are at higher risk and have a different age cutoff.

Delayed shipments stalled the phased rollout in Alberta and across Canada, and so far, Alberta has remained in the first phase of its immunization plan.

The province is immunizing residents of long-term care and designated supportive living facilities, as well as specific categories of health-care workers, including those who work in emergency or intensive care settings where COVID-19 cases are likely to be present.

Staff who work in long-term care and designated supportive living facilities were included, as were home care workers.

Mayor Naheed Nenshi says Calgary is going to need extra help from the federal government once the COVID-19 emergency is over.

While other parts of the country are expected to economically boom as the pandemic subsides, Nenshi says Calgary likely still won’t be firing on all cylinders.

“The fundamentals are still weak here and I just need the federal government to understand that,” he said on Thursday.

Nenshi told city council that he’s made a request to the federal government to do more to help Calgary in its 2021 budget.

“Calgary has a larger GDP than six provinces and it is the economic capital of a vast region. So where Calgary goes, so goes most of Alberta, so goes Saskatchewan, so goes vast portions of British Columbia,” he said.

The province had only 50 contact tracers when the pandemic began last March but now has about 2,300, Health Minister Tyler Shandro said Thursday at a news conference.

That workforce includes a dedicated team of 50 tracers who work only on cases of people infected with the more contagious variants of the coronavirus, he said.

“The team has made incredible gains,” Shandro said. “In January alone, case investigators and contact tracers from Alberta Health Services closed a total of 21,216 investigations. That’s the highest monthly number of COVID-19 investigations closed to date.”

Alberta Health can now contact anyone who tests positive within 24 hours, he said. On Jan. 12, the team contacted and traced 1,003 cases in 24 hours.

Dr. Mark Joffe, an Alberta Health Services vice-president and medical director for northern Alberta, said the province is in “a much better place” than it was in December.

“New cases have been trending down across the province over the last several weeks,” he said. “In recent weeks, we’ve seen individuals with COVID-19 [who] have had about five or six close contacts each. This compares with back in November when the average was about 15 close contacts for each individual.

It has been 10 days since some restrictions were eased. Now provincial health officials are keeping an eye on the numbers to determine the next phase of reopening.

Alberta’s phased approach to reopening is directly tied to hospitalization numbers and influenced by other indicators, such as infection rates and case counts.

If the number of people in hospital remains below 450, restrictions listed under Step 2 of the reopening framework could be loosened as early as March 1.

Alberta Premier Jason Kenney is defending his government’s COVID-19 vaccine rollout in the face of criticism that virtually no details have been shared regarding its distribution plan.

Calgary Mayor Naheed Nenshi weighed in on Tuesday, saying he believes — despite all of the province’s talk about supply issues and Ottawa’s failure to solve them — that the bigger problem is going to be distribution.

“In other words, before we know it we’re going to have more supply than we have ability to put in peoples’ arms. So our goal needs to be to solve that problem now before it happens and make sure we are ready to do massive vaccinations as soon as supply is available,” he said. 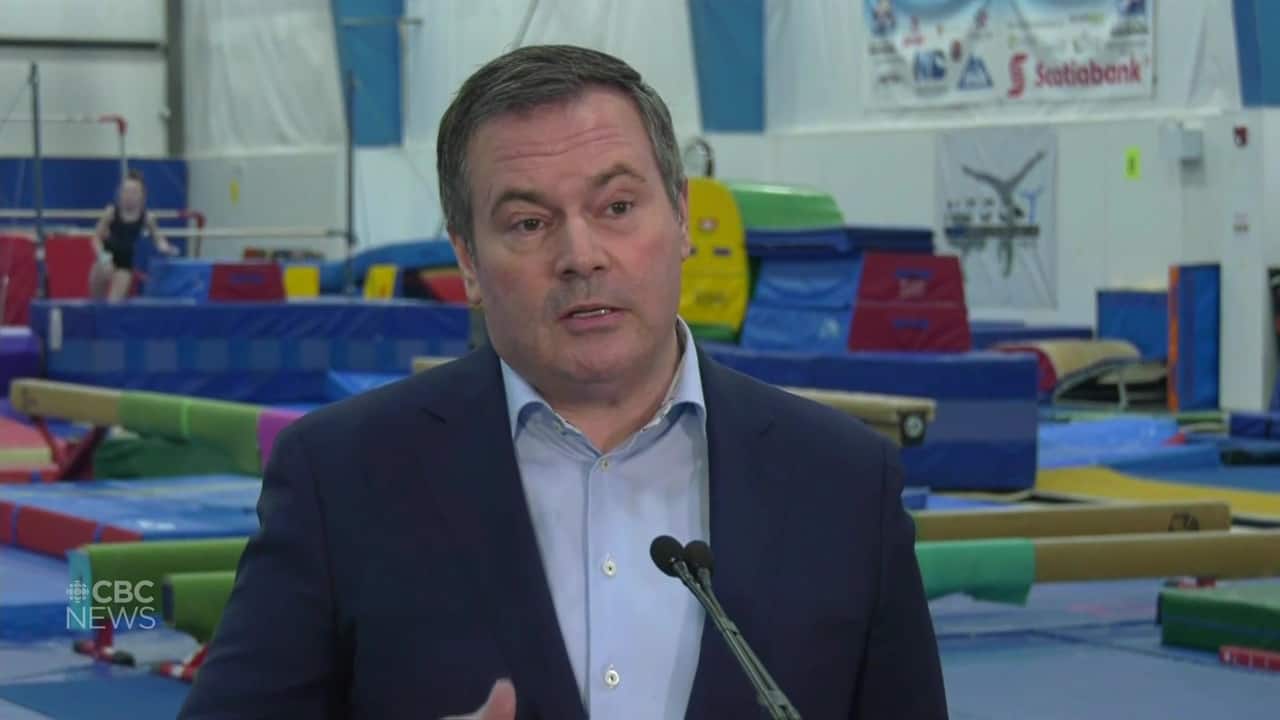 Premier Jason Kenney explains that the next phases of vaccine rollout can’t happen until the province has enough vaccine and the efficacy of yet-to-be approved vaccines may change the province’s approach. 1:44

Kenney said Wednesday that he doesn’t see the need for a big rush. He said the province will lay out its priority lists for the next phases of the vaccine distribution program “pretty soon” after studying what other provinces are doing.

“The problem now is supply, we effectively ran out of supply for all intents and purposes in mid January. So, that is our primary focus. I will say, when it comes to the subsequent phases, a lot of this is quite fluid,” he said.

The closure of the Olymel pork processing plant due to an outbreak of COVID-19 has left hog farmers scrambling to find somewhere to take their animals.

“I am very concerned. We are lucky we have a few weeks, but I know farmers, they have to ship next week,” said Arnold van Ginkel, a pork producer who ships about 140 pigs from his farm in Leslieville to the Olymel plant every week.

That’s just a fraction of the plant’s capacity.

Executive Director Darcy Fitzgerald says even a two week closure will create a significant backlog. “If we look at coming back by at least March 1st we’ll probably be about 130,000 pigs backlogged,” he said.

Farmers will be looking at options that include finding spare room and feed or shipping the animals to Manitoba or to the U.S. in order to avoid euthanizing them.

Fitzgerald says that adds costs to an already struggling industry, with most producers not turning a profit since 2015.

As of Tuesday, an outbreak at the Olymel Red Deer Food Processing Plant was linked to 343 cases, 200 of which were active.